14 Spanish players tee up at Aloha 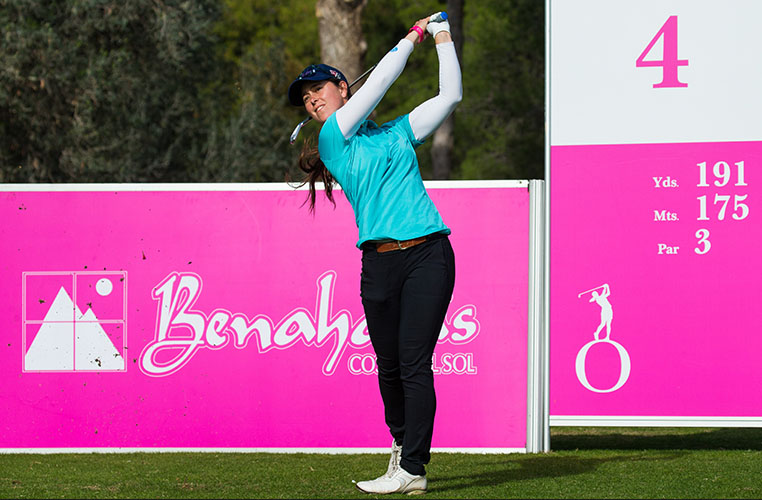 It’s a coveted prize for the player from Guadalmina: one of 14 Spanish players in the field of 96 this week, who will be vying against some of the best Europeans, including the Dutch Solheim Cup star Anne Van Dam, who is defending the title.

Muñoz has enjoyed some strong results on the LPGA this year, where she finished 2019 ranked 21st on the CME Ranking and 42nd on the Rolex Ranking. She arrives in Spain in good form on the back of T33rd in the CME Group Tour Championship, T10th in the TOTO Japan Classic and T11th in the Taiwan Swinging Skirts LPGA Presented by CTBC.

“I’m feeling good. I know I’m going to be a bit jet-lagged but being home is so good, so I’m excited for the week,” she said, after arriving at Aloha Golf Club on Tuesday. “I’ve been playing well the last few weeks, so I think I’m ready.

“I had a couple of really good weeks in Asia. I’ve been striking the ball well and putting good, so it’s just a matter of inches in this game.

“Winning your open in your home town… I don’t want to put more pressure on myself and give myself high expectations, but I’ll do my best and hopefully that will be good enough this week.”

Muñoz won the title in 2016 at Aloha Golf Club, so will be boosted by positive memories of the course. “Normally I’m quite straight off the tee, so I feel this is more of a second shot course. You definitely want to be on the fairway. The greens move a lot and you want to be below the hole, because the greens are quite tricky and you don’t want to be above the hole,” she added.

In the case of Nuria Iturrioz, from Mallorca, who arrives in Malaga with a brand new 2020 LPGA Tour card, this week marks the climax to a spectacular season that includes three wins, including in the Lalla Meryem Cup and the Omega Dubai Moonlight Classic on the Ladies European Tour and the Zimmer Biomet Champonship, on the Symetra Tour.

María Parra and Marta Sanz also arrive with new trophies under their arms – from the IOA Invitational and IOA Golf Classic, on the Symetra Tour respectively.

Spanish attention is also focused on Beatriz Recari from Navarra, who has a decade of experience in the LPGA. After her first Ladies European Tour win at the Finnair Masters in 2009, she earned four more titles in the USA – CVS Pharmacy 2010, Kia Classic 2013, Marathon Classic 2013 and International Crown team event in 2014. In 2013, she was also a member of the first European Solheim Cup team to win in America.