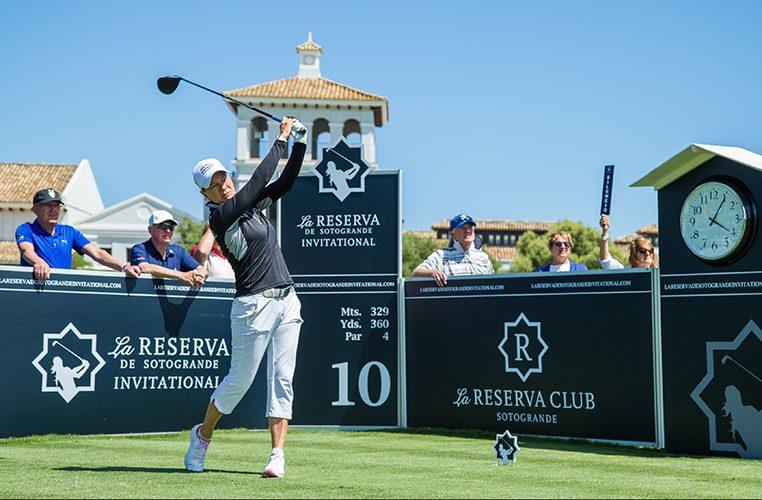 Scotland’s Catriona Matthew, European Solheim Cup Captain, confirmed that she will be stepping away from the LPGA this year and will be playing more on the Ladies European Tour in the future.

The Dow Great Lakes Bay Invitational on July 17-20 will be her last LPGA event on US soil and she will also play in the AIG Women’s British Open and Aberdeen Standard Investments Ladies Scottish Open, which are co-sanctioned by the two tours.

“This is my 25th year on the LPGA and I decided it was time,” she said at the new La Reserva de Sotogrande Invitational event in Spain. “I just want to be at home a bit more. It’s a lot easier commuting to Europe. I’m going to play in the KPMG Championship and then the DOW with Suzann (Pettersen). Being the Solheim Cup captain, it’s good to be around the other players.

“I’ve had a good career and everything comes to an end. It just hit me and I thought: this is it. I missed the cut in L.A. about a month ago and realised I’d had enough of the grind, being week in, week out and then going back home and having to practise, with the kids. It just got old.

“I’m not quitting: I’ll play in Europe and I’m keen to play in the U.S. Senior Open next year. I’m moving my focus to try and win that. I’m not retiring, I’m just retiring from the LPGA.

“I enjoy playing in Europe. It’s that little bit more relaxed. I still feel I can come out here and win. It’s just the week in, week out grind. I still want to win.”

Matthew will partner her vice captain Pettersen in the The Dow Great Lakes Bay Invitational in July, which will be the Norwegian’s first return to competition since giving birth to her first child, Herman Alexander, last August.

Matthew said: “She’s coming down on Saturday night and going to watch a few people play on Sunday, so it will be good to catch up and see her in person and meet Herman.”

Pettersen said if she finds some “magical game” she might try to qualify for The Solheim Cup at Gleneagles in Scotland in September.

“She’s going to be practising the next couple of months before the Dow and she’ll see how she thinks she does in that as to her plans for the future. She’d be a great addition if she was playing well, though,” Matthew said.

As vice captain to Annika Sorenstam, Matthew stepped in to wear the blue and gold of Team Europe for a ninth time two years ago at Des Moines, taking the place of the injured Pettersen, who swapped roles to become a vice captain. There would be a unique symmetry should Pettersen make her ninth appearance as a player this year.