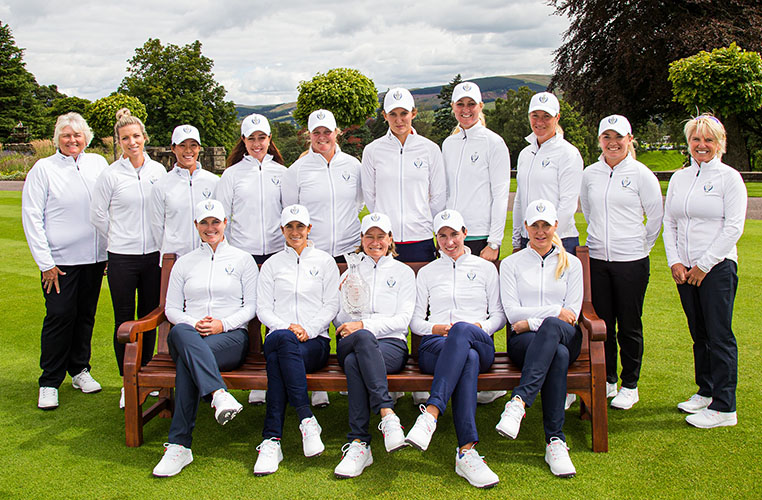 Pettersen has played in a remarkable eight Solheim Cups and qualified for a ninth in 2017 but an injury forced her to swap to a Vice Captain role, while Ewart Shadoff has played in two Solheim Cups, 2013 and 2017, and has had four top tens this season. Law is currently the highest ranked British woman, sitting at 25th on the Rolex World Rankings, while Boutier finished sixth at the AIG Women’s British Open earlier this month and fifth at the 2019 US Women’s Open and is currently ranked 59th.

Scotland’s Matthew, who has played in nine Solheim Cups, explained the reasoning behind her four selections: “Bronte and Celine’s excellent recent form speaks for itself in terms of why I selected them, and I think they are both going to have fantastic Solheim Cup debuts. I chose Jodi and Suzann for their vast experience, their recent good form and because I know exactly what they bring to the European team room. With our only other rookie being Anne Van Dam, who has also had an excellent year, I feel the experience of our team will be a great advantage to us along with the home crowd support.”

Three of the Captain’s picks were in the room when Matthew announced her final line-up while Ewart Shadoff was not able to attend after having a minor procedure last week.

Ewart Shadoff said: “I am gutted not to be there for team practice today but I will be back hitting balls next week and I am really excited to be part of Catriona’s team. I think the team looks incredibly strong, probably the strongest team I’ve been a part of and I’m honoured to have been chose by the Captain to be part of it. This will be my first Solheim Cup in Europe and just to experience the home crowd will be amazing and a big advantage for us.”

Law said: “I couldn’t be happier to be making my Solheim Cup debut here at the beautiful Gleneagles. I am so grateful to Catriona and all the Vice Captains for picking me and I can’t wait for it to start. To be part of this great team with so many Solheim Cup legends is pretty surreal but they have all been very generous in giving me advice ahead of making my debut.”

Boutier said: “I have been dreaming of playing Solheim Cup since I was a little girl and it really is amazing to be here at this press conference and know that my dream will come true in a month’s time! Getting out there to practise with the team today on the PGA Centenary course where I watched so much of the Ryder Cup was fantastic and I think this course is going to suit me very well.”

Pettersen said: “Catriona knows that match play brings out the absolute best in my game and that I will be ready to deliver points for her come September. I honestly believe that my best contribution to our Solheim Cup campaign will be on the course and I am very grateful to Catriona for having the confidence to choose me for this year’s team.”

With Pettersen stepping out of her Vice Captaincy role, Matthew announced that Mel Reid would now be her final Vice Captain, joining Dame Laura Davies and Kathryn Imrie.

The final qualifying event for the USA team will end with the CP Women’s Open in Canada, 22nd to 26th August, with many players still fighting to join their team in defending the Solheim Cup in Scotland next month.

Lexi Thompson, Nelly Korda, Danielle Kang, Lisette Salas and Jessica Korda are all safely qualified while past US Solheim Cup team standouts  Cristie Kerr and Stacy Lewis, would need to win the CP Women’s Open to claim their place without needing a Captain’s pick from Juli Inkster.

For the final rankings of the European team and latest US team rankings, please click here