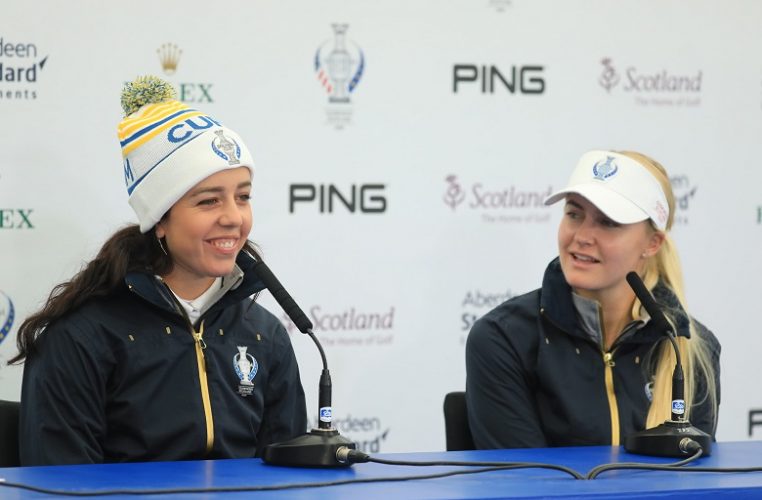 It is fair to say that most women take great care in planning their wedding so it says something about Charley Hull’s desire to regain the Solheim Cup that she has left her fiancée, Impact Fight boxer Ozzie Smith, to sort all the details for next week’s ceremony.

“I have left all the wedding arrangements to him,” she confirmed while taking part in a press conference alongside former British Women’s Open champion Georgia Hall. “I’ve said what I want and hopefully he will deal with it.

“I did have a hen party at the weekend, but just a tea party at my house,” she added. “I didn’t fancy going anywhere because I’m not into partying anymore.”

What Hull has set her sights on is helping Europe reverse the 16 ½ – 11 ½ defeat at Des Moines Golf and Country Club in Iowa two years’ ago in what was her third appearance in the Solheim Cup.

The European team has spent the last few days practising on the PGA Centenary course and what Hull and her team-mates have learned is that the course will be playing long after several heavy downpours in the lead-up to the match. More rain is also forecast before the match gets underway on Friday.

“I really like the course,” Hull said. “It’s playing long and I like that because I feel like I’m hitting my long irons pretty good this week. You’re going to be coming in with a lot of long irons and some rescues and stuff.”

That is a view shared by Hall, who got to know the course while playing in last summer’s European Championships when the conditions were similar. 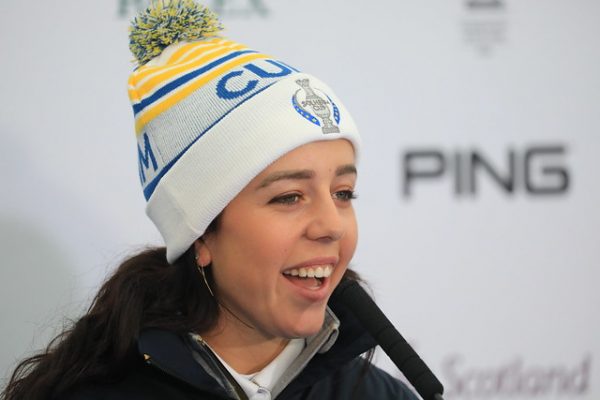 “I played it probably five or six times,” she said. “It’s an amazing venue. The greens are a little quicker this week, but it’s pretty long and it’s very wet so it will favour the longer hitters.

What the two English players could not decide is whether the wet conditions would favour the home team or the visitors.

“I’d say it’s pretty even,” said Hull. “I don’t feel like it plays into anyone’s hands. “Usually, it would play into the American hands (but not this time).

“I don’t think the Americans are particularly long,” agreed Hall. “You’ve got Lexi (Thompson), but I think the other are pretty average. We’ve got Anne (Van Dam) who’s very long. Suzann (Pettersen) is pretty long, and Charley. We don’t have many short hitters on our team. I think it’s pretty fair.”