The shortlist of finalists has been confirmed for The Sunday Times Sportswomen of the Year Awards 2019 and the European Solheim Cup team have been nominated for the Team of the Year award following victory at Gleneagles where the team produced one of the greatest fightbacks in golf history to snatch a dramatic 14 ½ – 13 ½ victory over America in the 16th Solheim Cup.

It is the 32nd Year of the prestigious, The Sunday Times Sportswomen of the Year Awards, which have led the way in recognising and celebrating the outstanding contribution to sport made by elite performers, coaches, administrators, community volunteers and inspirational women.

The public have an opportunity to vote for their favourite team and grassroots leaders over the past 10 months. Please show your support for the incredible European Solheim Cup team and women’s golf by voting for the team here: https://www.sportswomenoftheyear.co.uk/vote/ 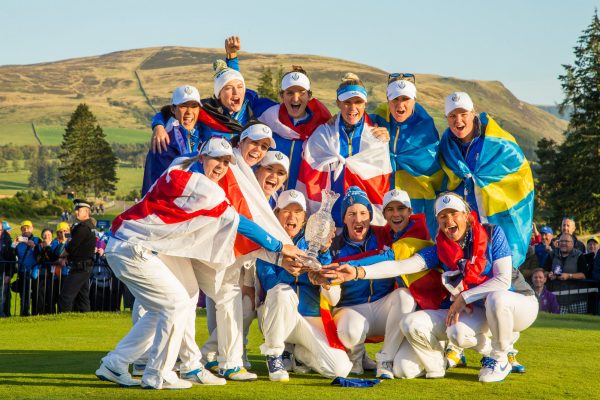 The full list of the Team of the Year Nominees:

NB: Voting closes at 12pm on Monday 18th November and the winners will be announced on Thursday 21st November.