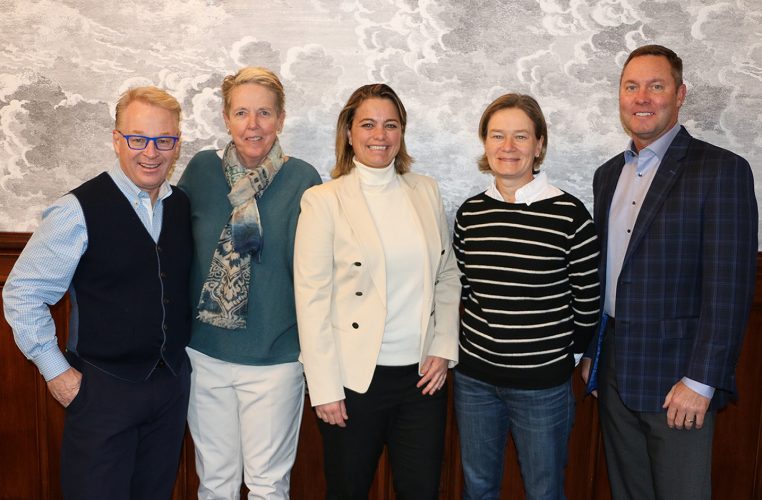 A new decade brings a new-look Ladies European Tour and for the first time in history, LET Members will play for a combined prize fund of almost €18 million in 2020, an increase of €4.5 million on 2019.

The 2020 schedule will feature 24 tournaments, including 15 in Europe, in addition to August’s Olympic Games in Tokyo, Japan.

The Race to Costa del Sol, offering €250,000 between the top three finishers on the official ranking, will commence with the Australian Ladies Classic Bonville in February and conclude with the Andalucía Costa del Sol Open de España Femenino in November, the latter having doubled its prize fund to €600,000.

The 2020 LET schedule includes two new events in Sweden: the €1.5 million Scandinavian Mixed Hosted by Henrik & Annika and the Creekhouse Ladies Open. There is also a new $1 million event in Saudi Arabia, The Saudi Ladies Championship, as well as the Mithra Belgian Ladies Open, the Dutch Ladies Open and the VP Bank Swiss Ladies Open.

The significantly improved schedule demonstrates the immediate success of the new LPGA-LET Joint Venture, with a new Board of Directors working together to grow the opportunities for LET Members, especially in the continent of Europe.

“The LET and the LPGA only began working together in September 2019, but we’ve been blown away with the results in the first 90 days and the positive response from across the golf industry,” said Whan. “With overall purse increases and seven new events, our athletes will have more opportunities for success. It’s exciting to think what we can accomplish after a full year of working with our new Board. We have a long way to go, but I’m so happy to say that this is the best position that European women’s professional golf has ever been in.”

LET CEO Alexandra Armas commented: “I want to thank all the federations who have shown their belief in our new team and vision, but also recognise the important contribution of our existing event Promoters and sponsors, whose long-term support and commitment is immensely valuable to our organisation. What we have achieved in the last 90 days in incredible and this is just the start of a new direction for the LET.”

She said: “I committed myself to playing on the LET in Europe last year and I couldn’t be more excited about what’s been achieved over the last 90 days to improve the schedule. This is a tour that existing players and those joining for the first time should be proud to be part of. I’ll be keeping an eye on some of the exciting young players coming through as we look ahead to retaining the Solheim Cup in Toledo next year.”

Solheim Cup player Anne van Dam is happy to be involved as an ambassador for the new Dutch Ladies Open, which will be played at her home course, Rosendealsche Golf Club, in Arnhem.

She said: “It’s important to have an event in your country to help develop the game and inspire the next generation, just as I was inspired when I was able to watch and then play in the Dutch Ladies Open when I was young. The 2020 schedule is looking really strong and I’m so pleased to have an event in the Netherlands.”

Jeroen Stevens, Director of the Netherlands Golf Federation, said that the organisation is proud to have a new LET event, with van Dam as the event ambassador.

“The LPGA commitment toward the LET was what the NGF Board needed to commit to signing a three-year contract with the LET, to promote ladies’ golf in the Netherlands,” he said.

“We strongly believe that it is essential to have more female golfers, to grow the game of golf in our country. We are therefore convinced that we will prove in the coming years that investing in women’s golf is not only logical, from a diversity point of view, but also from the commercial perspective.

“We thank the LET and LPGA for giving us the opportunity to prove that golf is a sport for women, men and children of all ages.”

With two new tournaments in Sweden, rising star Julia Engström is looking forward to playing on home soil and said: “This is my third year on Tour and I’m very excited to have the opportunity to play in my home country for the first time since turning professional. The last time I played an LET event in Sweden was when I was 13 years old and I remember it to be the greatest thing in my career and I had so much support on the course from all the fans. It’s very exciting to have two new Swedish events, both completely different concepts and at world-class venues!”

Gunnar Håkansson, Secretary General of the Swedish Golf Federation, commented: “For the Swedish Golf Federation, it’s an important role, to support talent in their aim to become world-class players. In doing so, tournaments are important, but for a long time we have lacked an LET event in Sweden. It’s therefore very satisfactory that the LET will return in 2020, where our partner Kristianstad GC will arrange the Creekhouse Ladies Open.”

Barbara Albisetti, General Secretary of Swiss Golf, welcomed the LET back to Switzerland. She said: “Swiss Golf is extremely pleased that a professional women’s tournament of the highest category will take place in Switzerland in 2020. Such an event has been missing since the LET tournament in Losone, more than 10 years ago. We are very grateful for the support of the LET and LPGA for making this event a reality and we look forward to hosting the VP Bank Ladies Swiss Open next September. The LET event is the ideal platform to promote golf and ladies’ golf in Switzerland and obviously it is the best place to inspire our top players and our young talents. We are determined to make the event in Ennetsee one of the most important appointments for golf in our country for many years to come.”

About the Ladies European Tour

The 2020 LET season is the 42nd series of golf tournaments since the professional tour was founded in 1978 and marks the first edition of the Race to Costa Del Sol. The LET Access Series is the official development tour of the LET, formed to give players an opportunity to compete and progress onto the LET and achieve their dreams in professional golf.