In a Life-Saving Time, Beth Allen Counts Herself Lucky 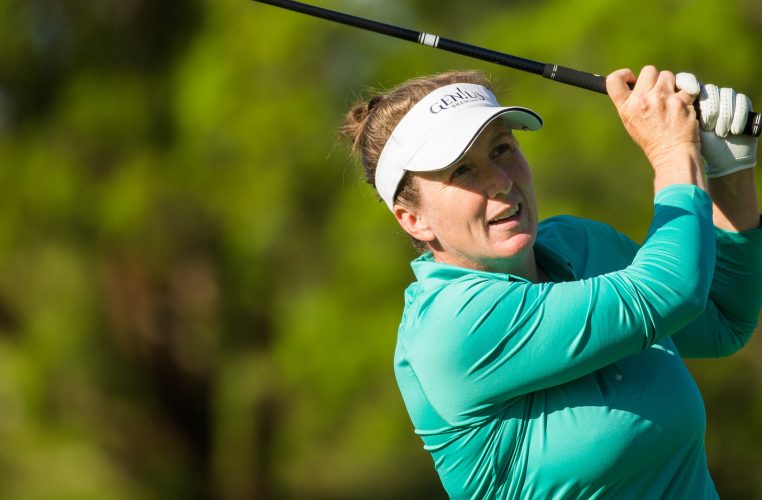 Beth Allen, the American winner of the Ladies European Tour’s Order of Merit in 2016 and a former winner of the Ladies European Masters, was contributing to her regular podcast from her flat in Edinburgh, Scotland. After the initial exchanges between herself and her co-host, Emma Dodds, the pair stepped away from the golf chat to congratulate health workers and everyone else who has been helping to keep people safe in these dangerous times.

Allen, now 38, said a heartfelt, “I don’t think we’ll ever forget what they’re doing. I have so much respect for every one of them.”

What went unmentioned was that Allen knows a thing or two about saving lives herself.

It was back in 2011, when she still was based in California, that Allen went, on the quiet, for tests to see if she would be a suitable kidney donor for her older brother, Dan Allen. By then – and this is a story we revisited in GGP in 2017 – Dan was spending 10 hours a day on dialysis whilst being a full-time member of staff at the Balboa Park Golf Course in San Diego, California. He would work from 7 a.m. until 3 p.m., and then have four hours off before hitching up to a home-based dialysis machine for the night. “He had absolutely no social life,” recalls Beth.

She had not wanted to get her brother’s hopes up unnecessarily but, once the hospital called to say that her kidney represented a perfect match, everyone needed to know everything in a hurry. Dan, who had never thought of his sister as a potential donor because of the importance he placed on her golf career, was lost for words. As for their mother, she was worried sick about what might go wrong for one or both of her offspring. Meanwhile, Beth found herself going through a veritable gamut of emotions: “I was nervous, of course I was, though I never at any point thought about not going ahead with it because I had watched Dan dealing with so much for so long.”

As against saving her brother’s life, she finds that standing over a 2- to 3-footer to save par no longer stirs the same level of nerves as it once did.

The operation was a success and an extraordinary experience for brother and sister alike. They had lain side-by-side for a procedure which went so smoothly that Beth has always wished that she had it on film.

It was not for another three months that they knew, for sure, that the transplanted kidney was no longer in danger of being rejected. From then on, Dan has had a few minor skirmishes with skin cancer but otherwise has lived life to the full. That is until this pandemic arrived. 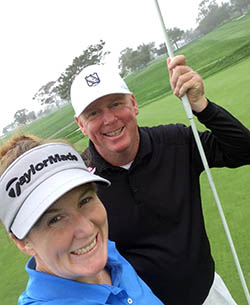 For now, the anti-rejection pills he must take on a daily basis mean that he is categorised among the more vulnerable members of society and, accordingly, has had to stop work as his club’s starter and collector of green fees. Just like everyone in Scotland at the moment, he is allowed to go out for walks and that is about it, Yet, as Beth said last week, he was not beginning to complain, feeling as he does, that he is one of the luckiest people alive.

Beth, in turn, says there were plenty of good things to come out of the operation from her point of view. For a start, she noticed nothing so much as the effect on her mental game. As against saving her brother’s life, she finds that standing over a 2- to 3-footer to save par no longer stirs the same level of nerves as it once did. “Basically,” she said, “I stopped doing what I had done earlier in my career in seeing myself as a failure if I didn’t play well – and nothing has changed since.”

There were physical benefits too. “My health improved if anything,” she said. “I appreciated my body and looked after it better. I lost weight and I started to make better choices – and I have kept that up, too.”

Allen and her brother are in touch on a regular basis and, the other day, at a time when she was pondering, ruefully, on where she normally would have been playing at this time of year, she fielded an e-mail from him that reminded her of the 76 she had shot in her first round in Turkey back in 2011. “It was not,” she said, “the kind of score of which I would normally want to be reminded. But for one thing, it was my first competitive outing since the operation and I still can’t believe it. It was only six weeks later.”

What Dan did not go on to say, incidentally, was that Beth was 1 under for the second round and made the cut.

Allen and Dodds went on in their podcast to talk to Alex Armas, the chief executive officer of the LET and, as one would expect, Allen was thrilled to hear Armas speak of how all the sponsors involved in the 2020 LET tour remain as “excited as they ever were” about the new arrangements.

“That’s so good to hear,” said Allen, who had feared that some among them might not have the necessary finances to go ahead with their events.

“There may be setbacks going forward,” cautioned Armas, “but no one’s pulling out because they’ve got the opportunity to do that. We’re all rowing in the same direction. … We are all taking aim on the same things.”

Allen, no less than her brother, counts herself lucky.