After Solheim Cup euphoria, Hedwall to defend title in France 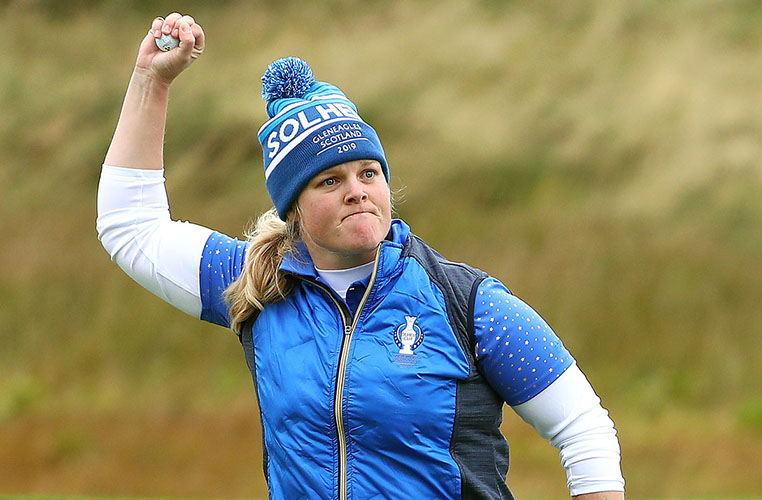 Sweden’s Caroline Hedwall, representing Team Europe, notched up her third Solheim Cup trophy last week at Gleneagles and is, now, aiming to defend her title at the Lacoste Ladies Open de France, scheduled from 19 to 22 September at the Golf du Médoc Resort, near Bordeaux.

Europe’s great comeback to defeat the USA by the slightest margin of 14 ½ – 13 ½ is akin to Hedwall’s triumph at the Lacoste Ladies Open de France in 2018.

“I have great memories from last year here. I am excited to be back. I really like this Golf Course. It suits me very well. Hopefully, I can have a couple of good rounds and be up there in contention this year too,” said Hedwall. “I have played the back-nine now and it is in great shape this year, as well. It will be a great week for some good golf.”

Currently fourth on the LET Order of Merit, Hedwall has four Top-5s under her belt this season and will be hoping to fend off her competitors in defence of her title.

Some of the notable challengers are Céline Boutier – the in-form local girl who emerged invincible in her Solheim Cup debut last week, winning four points out of four – and fellow European Solheim Cup star Azahara Munoz from Spain – who successfully defended her title at this event in 2014 at Chantaco.

It was Boutier’s namesake Celine Herbin who last kept the trophy at home in 2015. After having enjoyed a perfect Solheim Cup debut week, Boutier, also a two-time winner on the Tour, will be keen to add the National Open to her trophy cabinet.

After the winning on Sunday at Gleneagles, Spanish professional Azahara Munoz is high on confidence, too.

They are joined by young star United States Solheim Cup player Nelly Korda – a two-time LPGA Champion and highest ranked player in the field, at 10th on the Rolex Women’s World Golf Rankings.

Nelly, in her third season as a professional, is keen to put her name on the list of champions at the Lacoste Ladies Open de France, as fellow Americans Beth Allen and Cristie Kerr have in recent years.

For the 29th edition of Lacoste Ladies Open de France, the prize purse will be €325,000, which is the highest in the history of the tournament. The field will consist of 108 players with 26 French nationals including the lone amateur Candice Mahe.