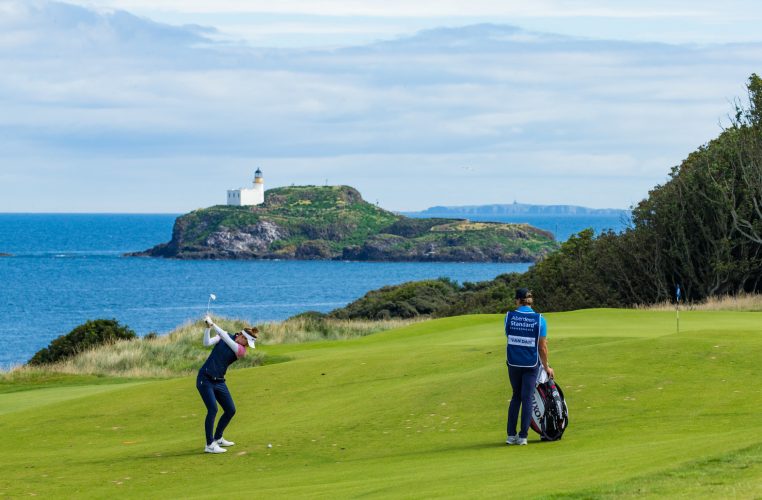 Past champion Mi Hyang Lee, Anne Van Dam and Jane Park all shot eight-under-par 63s on a morning of perfect scoring conditions and share the lead after the opening round of the Aberdeen Standard Investments Ladies Scottish Open at The Renaissance Club near North Berwick.

Van Dam, who started the week in the third and final Ladies European Tour qualification spot for the home Solheim Cup side, is looking for a top 10 finish this week to seal her place on the team, due to face the Americans next month in Scotland.

With two eagles, seven birdies and three bogeys in her first round, the 23-year-old from Arnhem made quite a statement. The highlights of Van Dam’s round included her eagle at the 12th, where she hit driver, 6-iron to three feet and then her second eagle on the first hole, where she hit driver, 5-iron to within four-feet of the flag.

“All I can do is play as well as I can. I played really well the last two years now,” said the longest hitting woman in tour golf, who won her fourth LET title at the ActewAGL Canberra Classic in March.  “All I can control is just how I play and play well today, so I’m pleased with that,” she said, before running off to take a photo with her childhood idol, Solheim Cup vice-captain Suzann Pettersen, with whom she played for the first time. The pair had a picture taken together six years ago at the 2013 Solheim Cup at Colorado Golf Club, when Pettersen was a member of the victorious European team and Van Dam was playing in the PING Junior Solheim Cup. 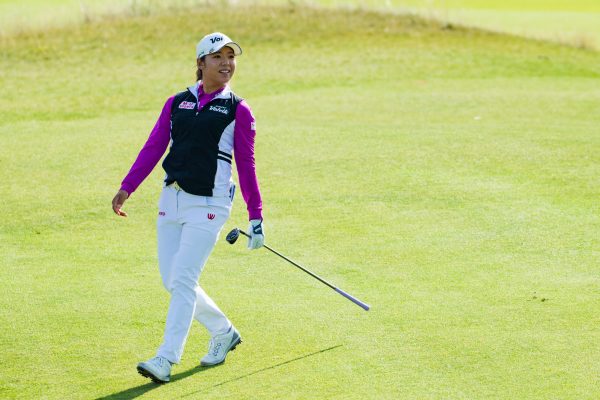 Lee, the winner at Dundonald Links two years ago, (above) where she prevailed in torrential rain and strong winds, also made the most of the benign conditions, getting her round off to a fast start with an eagle on the 12th hole and added six birdies to sign for a solid 63.

She said afterwards: “Because I live on an island in Korea, it’s always windy over there, so I always like to practice lower shots. I really love to play in Scotland and in the British Open. I think that is a lot of help for golf in Scotland.

“When I saw the forecast, that today is the best day and then tomorrow is the worst day, my plan was to make a lot of birdies, as many as I can, and I think I did, so I’m really happy.” 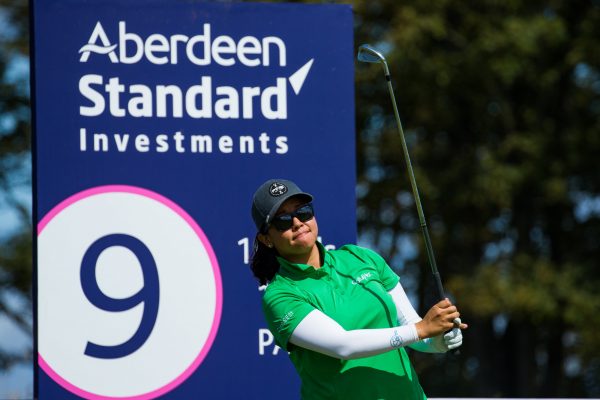 Park, (above), combined an eagle on the 16th with seven birdies and a bogey. She dedicated the round to her husband, Peter Godfrey, celebrating his birthday during the first round, whilst caddying for the defending champion, Ariya Jutanugarn, who opened with a three-under-par 68.

Ariya’s sister, Moriya, who is two years older, is one shot back on seven-under-par, after a bogey-free 64 in the morning. She said: “It seems like I got a lot of good bounces, but it’s been a pretty solid round and finally I made some putts. The greens were rolling pretty nicely, a bit slow, but just kind of normal on a links course. The greens were not too firm today, so it was pretty nice for us to play.”

Chella Choi, Caroline Hedwall and Su Oh are tied for fifth on six-under-par. Hedwall and Oh were the best of the afternoon wave and played in breezier conditions.

Hedwall, who is second on the LET’s Solheim Cup points list, said: “I was struggling a little bit off the tee, but I was just putting amazing today, so I was just taking advantage of a hot putter and got a low one in, so that’s nice with the weather coming in tomorrow.”

The second round gets under way at 7am on Friday, with live streaming online from 3.30pm.