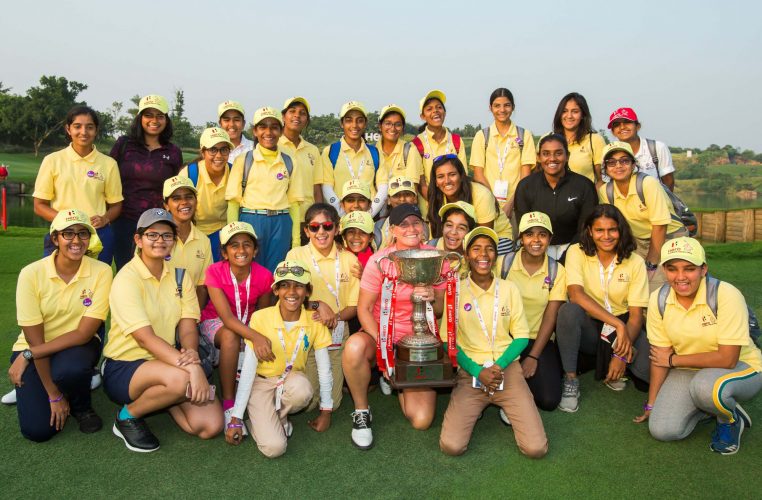 Becky Morgan is back at DLF Golf and Country Club in Gurugram this week to defend her maiden professional title, which she earned 12 months ago in her 18th year on tour with rounds of 72, 72, 68 and 69 for a total of 281, seven-under-par. She won by two over Caroline Hedwall, Christine Wolf, Felicity Johnson and Nicole Broch Larsen.

.@BJMgolf reflects on winning the 2018 @WomenIndianOpen & securing her first professional win in her 18th year on tour 🏆🇮🇳

“When the putt dropped in it was a mix of happiness & relief. I thought at that point, you’ve now won a golf event & for one week I was the best.”#HWIO19 pic.twitter.com/Ml2ThYHtmW

Becky explains how, although she had come close to winning on the LPGA, she had arrived at the stage where she thought she was never going to get over the line, but her tenth Hero Women’s Indian Open represented her greatest opportunity.

“Coming into the last round in India, there were three of us tied on four-under (Morgan, Broch Larsen and Ellie Givens). I got no sleep at all the night before, because I was in this ‘here we go again’ mentality. I thought, let’s do something else, let’s not look at the scoreboard.

“That’s the one round of my life where I was mentally 100 per cent.

“I spoke to a friend that morning and she suggested that I have a mantra in my head to take myself away from the situation.

“On the 15th green, I saw my name at the top (of the leader board), but I didn’t see any scores. The next time I looked was on 18 and it was a very pleasant surprise.

“Knowing that I had a two-shot lead, I had a 20-25 foot putt from above the hole and I thought, if this doesn’t go in, let’s make sure it goes past the hole, so you give yourself an uphiller and you can nudge it towards the hill if you have to. I was obviously happy to make that but it was definitely a strategy not to leave myself a downhill putt in case it slid by. That was the only time I thought about the actual winning of the tournament.

“It was a feeling of happiness but also of relief. I thought: you’ve now won a golf event: for one week, you were the best. Obviously I would love to repeat it again this year.” 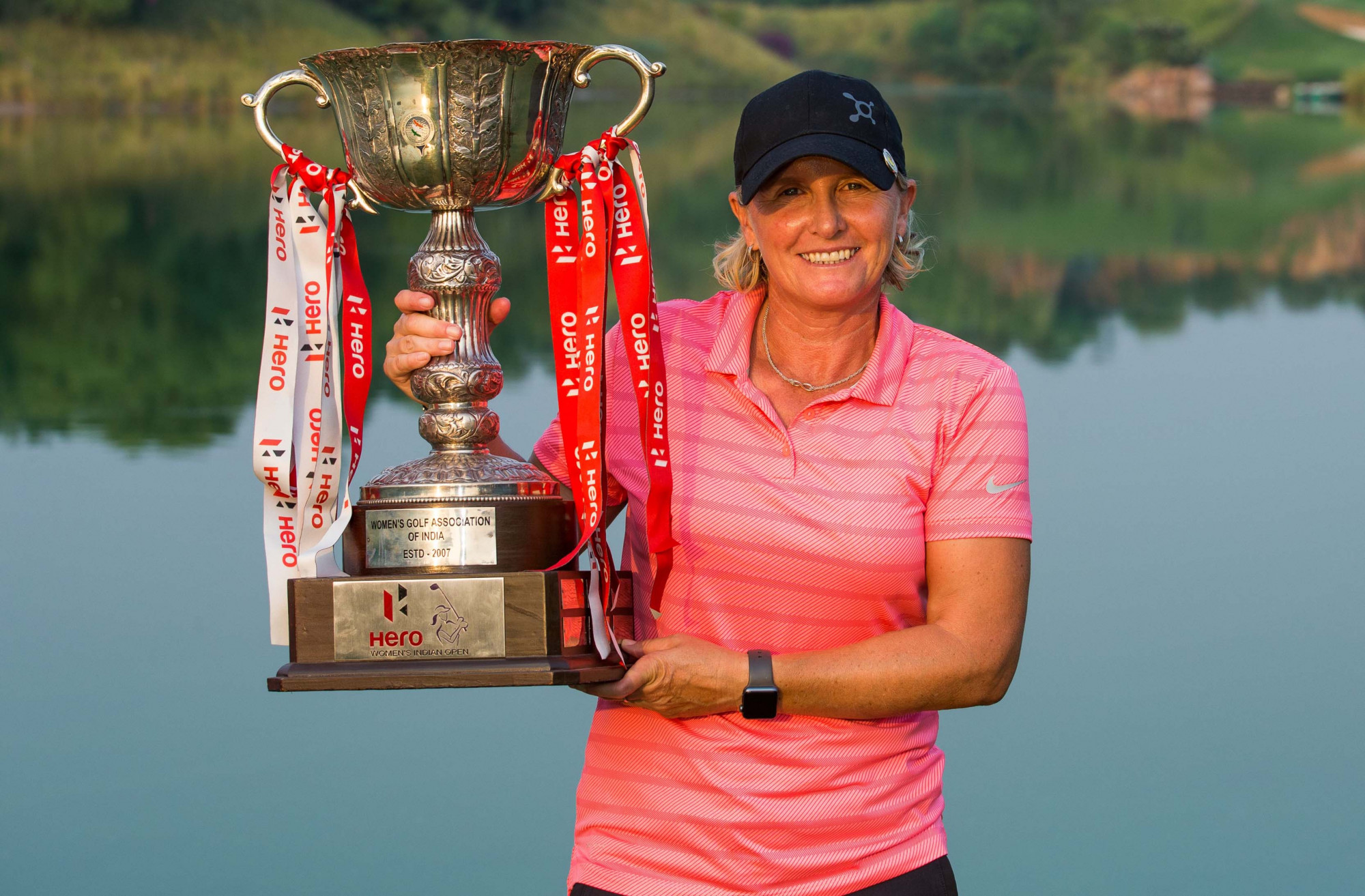 “This year so far hasn’t been great, but winning once makes you feel like you can do it again and I’m looking forward to defending. India is probably my favourite course that we play all year, because it really does suit my game. I feel like every time I tee it up in India, I have a chance. Last year just happened to work out.

“It was so nice having them all stay there and run onto the green. Obviously I’ve done that for other people. It’s such a cool feeling and I think I’ve watched that clip 100 times. It’s so nice having friends supporting you and especially in Europe, because everyone’s so close to each other. That was definitely the highlight: being showered with beer. I smelt a bit after but it was definitely worth it. Unfortunately I had to fly back that night so I didn’t get to celebrate but I had a few gin and tonics in the trophy and got on the plane home.

“Before I won in India, I was thinking about stopping fairly soon. It was a bit of a grind and I had decided to come back and play in Europe for the rest of the year. Winning motivated me to play on for a few years. When you win, you feel that you can do it again.”