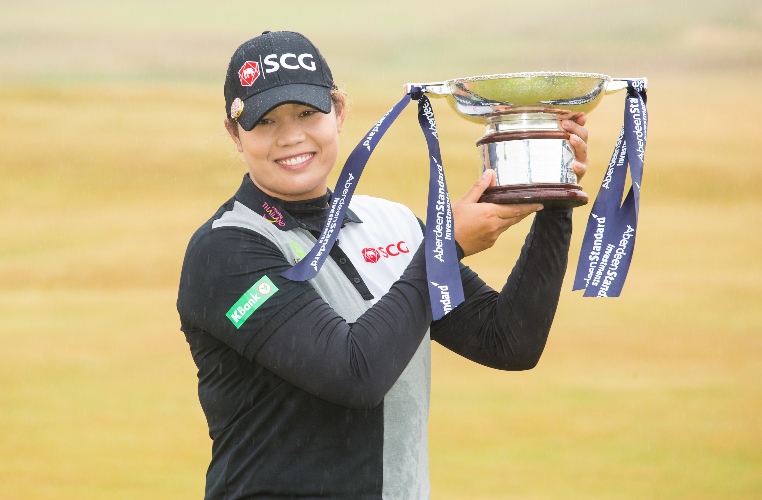 With a packed summer, the LET season continues this week with the Trust Golf Women’s Scottish Open at Dumbarnie Links.

The tournament was first played in 1986, but it became a regular fixture on the tour in 2010 and since 2017 has been co-sanctioned by the LPGA.

We reflect on the past three editions…

Thailand’s Ariya Jutanugarn claimed victory at Gullane Golf Club in East Lothian back in 2018 when she recorded a one-shot victory over Australia’s Minjee Lee.

The Thai star opened her competition with rounds of 67, 65 and 73 on the first three days and despite getting into trouble on her final hole, Jutanugarn made an excellent par putt on 18 to sign for a final round of 66.

That meant Jutanugarn finished the tournament on 13-under-par which was enough to clinch her third LET title.

It was a third LPGA Tour title for Korea’s Mi Jung Hur when she secured a four-shot victory at the 2019 edition of the tournament.

At the Renaissance Club, Hur had carded round of 66, 62 and 70 on her first three days of competition and entered the final round one shot behind.

A slow start on the front nine saw Hur bogey the third hole but then she rolled in four consecutive birdies on holes nine through 12, further birdies on 16 and 18 ensured she stormed to victory with a total of 20-under-par.

Commenting on her victory, she said: “After the birdie on 12, I felt I can win this tournament and I just played with confidence. I didn’t want to look at the scoreboards but there’s so many on the course. I don’t know why but before I didn’t like links courses but after this week, I will just keep saying I love links courses.”

As the tournament returned to the Renaissance Club, there was a four-way tie at the conclusion of the competition.

The quartet headed back down the 18th and it was Lewis who holed her long birdie putt to secure victory – a 13th on the LPGA Tour and her first since the birth of her first child Chesnee in October 2018.

“I hit a good approach shot into 18 in regulation and the shot in the play-off was exactly ten yards further, so it was 8-iron, same shot and fortunately I got it started more left this time and I got it on the top shelf,” she said.

“Travis and I had been reading putts together all day and I had the line there. It was five inches outside left. I knew I needed to get it there with enough speed and finally, after the whole back nine, I got one to go in and that was all I needed.”