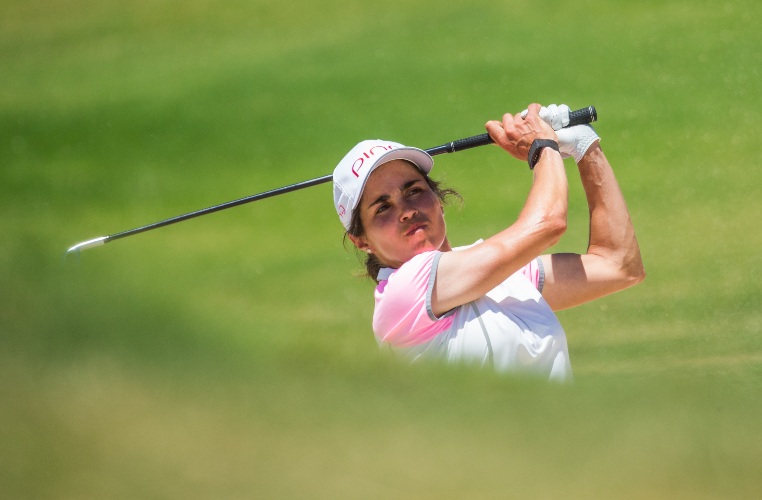 The 2021 season was yet another action-packed year on the Ladies European Tour, with non-stop drama from the second the season got underway in South Africa until the final putt was holed in Spain six months later.

The year saw a number of new winners on tour as well as some familiar faces returning to the top, with three young talents helping themselves to two pieces of silverware during the season.

There was a whole range of talent on show throughout the year, which was reflected in the season’s statistics – so let’s have a look at the underlying numbers that proved pivotal on course.

It’s no surprise to see Atthaya Thitikul at the top of the tree for most birdies last year – with the Race to Costa Del Sol winner a constant presence at the top of leaderboards from start to finish.

Out of the 60 rounds the Thai talent played over 18 events, she only finished over-par five times, which highlights her consistency throughout 2021 which helped her to two tournament victories.

With her short game always so on point, the 18-year-old is a machine when it comes to the greens, and whether it be a short or long putt that she faces you can always be sure that she’ll be right on the money.

Thitikul was followed closely by Race to Costa Del Sol rival Steph Kyriacou with 219 birdies for the year, while Sanna Nuutinen followed swiftly behind with 201 in third.

Once again, it’s the player currently ranked 20th in the Rolex Women’s World Rankings that led the way when it came to eagles in 2021, with two shots picked up an astounding eight times last year.

With the power and precision that comes off the tee box, Thitikul seems to always have the position to pick her spot on the greens on the lengthy par-fives, and seems to make the most of her chances more often than not.

2020’s eagle machine Emily Kristine Pedersen was in similar form last time around as she managed seven – including the trophy-winning effort in the team playoff at Aramco Team Series – Jeddah in November.

Scotland’s Kelsey MacDonald also registered seven eagles in 2021, with Kyriacou once again among the leading pack with six to her name.

You are always going to put yourself in with a chance of victory if you’re hitting the greens, and that’s exactly what Maja Stark did so well in her impressive late cameo after turning professional in August.

The Swedish superstar may have only made her pro debut at the Didriksons Skaftö Open in her home country late in the year, but it didn’t take her long to make an impact as she took home the trophy from the Creekhouse Ladies Open just a week later.

Another victory came soon after at the Estrella Damm Ladies Open in October, as she managed to finish the year in sixth position on the Race to Costa Del Sol despite only featuring in eight events.

With a whole season on the LET in store for Stark in 2022, you can expect to see plenty more pin chasing from the young star, who’s aggressive flag-hunting style sees her lead the way for greens in regulation percentages last year.

The Spanish duo of Maria Hernandez and Carmen Alonso weren’t far behind with 79.93% and 79.25% respectively, while Olivia Cowan also had her eye in with 79.61% hit.

And it wasn’t just when she was hitting greens that Hernandez had her radar set up correctly, with the Spaniard being as straight as a die from the tee box as well in 2021.

The 35-year-old rarely found anything but fairway in the 21 events she played last year, with 612 of her 667 opening shots avoiding the rough.

That accuracy was paramount in helping Hernandez to six top-20 finishes during the season, as well as a season’s best third-place at the Estrella Damm Ladies Open, which saw her finish 29th on the Race to Costa Del Sol.

Scotland’s Rachael Taylor was close behind with 88.18%, while Liz Young was third with 82.84% hit through the course of the season.

Pia Babnik still hasn’t finished school and already has two LET victories to her name, with the Slovenian getting her first taste of success at the Jabra Ladies Open in June.

The former Ping Junior Solheim Cup player showcased the talent that has her touted to be one of the best in the game in years to come at Evian-les-Bains, with a scintillating late comeback seeing her go on to defeat Annabel Dimmock in a playoff to secure the crown.

Having made double-bogeys on each of her first two holes on the final day, it would have been easy to write the teenager off in France, but five birdies from there on – including each of her final two holes – saw her drag herself back into contention before sealing the deal in dramatic fashion.

Not content with just one win before her 18th birthday earlier this week, Babnik also went on to secure the individual title at Aramco Team Series – Jeddah later in the year to finish off a remarkable season that saw her finish second on the Race to Costa Del Sol.

They say age is just a number, and Lee-Anne Pace proved that in the boldest manner in the 2021 season opener, as the South African took the crown in her homeland at the Investec South African Women’s Open.

Three months after her 40th birthday, Pace prevailed in a rain-affected tournament in Cape Town with a final score of +2 enough to seal the deal, one shot ahead of Germany’s Leonie Harm.

Victory for the hometown heroine made it the fourth time she had taken home the spoils from her home event, having done similar in 2014, 2015 and 2017, and will we see similar when the LET returns in March?

Everyone who had eyes on the second day of the Didriksons Skaftö Open knew that they were witnessing something special, with Pauline Roussin-Bouchard running riot on the Swedish West Coast.

The French teenager galloped around the fairways in no time at all that day, needing just 60 shots from the first to the 18th, to card a score of -9 and put her in control heading into the final day.

What made that round even more remarkable was the blustery conditions across the course, but nothing was going to stop Roussin-Bouchard that day, with her superb short game giving her ample chances to pick up shots – and she took them more often than not.

Rounds of 68 on days one and three saw the 21-year-old claim her first ever LET victory in Sweden, and gave us all a glimpse of what a bright future she has ahead.

With so many close finishes on the LET in 2021, there have only been a handful of times where we had a runaway leader, but Alison Lee and Lydia Ko both produced moments of brilliance to claim resounding victories last year.

Lee’s came at the Aramco Team Series – Sotogrande event, where the American racked up back-to-back rounds of 65 (-7) to give her a seven shot advantage heading into the final day, before keeping her cool with a round of 71 (-1) to win by five shots from Ashleigh Buhai.

It was a similar showing of brilliance from Ko at the Aramco Saudi Ladies International, with the New Zealander unflappable throughout the four-day event at Royal Greens Golf and Country Club.

Ko was in inspired form in Saudi Arabia with the highlight being a third round score of 63 (-9), and despite the best intentions of Atthaya Thitikul to put the pressure on, the two-time Major winner finished off the job for a convincing win.