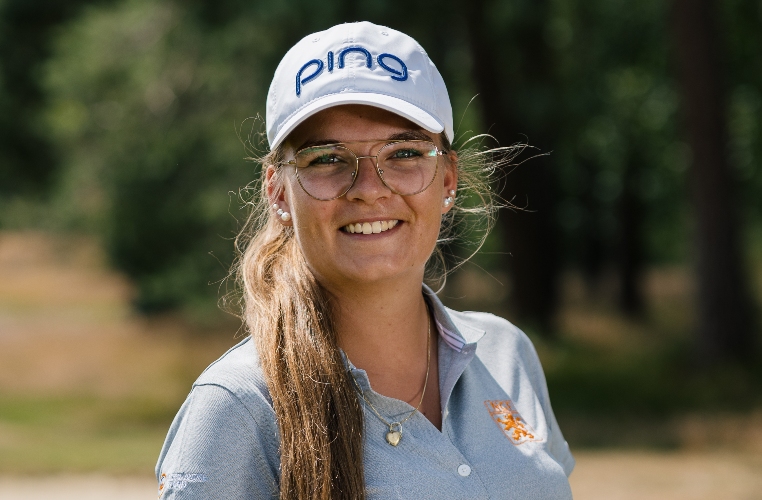 For Daphne Van Houten, the 14th July 2022 will be a day she will never forget.

Being able to perform in front of a home crowd is always special, but to do so in an LET event is an experience the Dutch star will cherish forever.

The current European Golf Association’s Champion Women Golfer with Disability champion will be teeing it up at 12.30 on Thursday as the Big Green Egg Open gets underway at Rosendaelsche Golf Club, less than an hour away from her hometown of Utrecht.

And the chance to play alongside some of the best players in the world, in a field that includes Solheim Cup star Anna Nordqvist, is something Van Houten is incredibly proud of.

“It is a great honour that I can play this week,” the local star said.

“There is also some tension involved as I’m not used to the surroundings of an LET event, but I’m going to see where I stand compared to the players on the Ladies European Tour.

“The main thing is that I’m just going to enjoy it.”

And that final sentence is a mantra that Van Houten seems to take with her everywhere she goes, with the smiling 24-year-old eager to make the most of her opportunity this week, having won numerous Disability Titles in the past few years.

Having been a promising handball and golf player in her youth, Van Houten was diagnosed with scoliosis – a curvature of the spine – at the age of 12, which saw her having to leave the court and focus on the course, albeit after therapy in Germany which reduced the Scoliosis of her spine from 50º to 37º, and an operation on her back at the age of 17.

Rarely do we have to make such life-changing decisions at such a young age, but Van Houten realised what was at stake as she chose to go into hospital as a teenager, with the eight-hour surgery seeing doctors build a scaffold in her spine to support it.

“At first I didn’t notice that my back was getting worse, but when you practice one sport in one way, then it was not good,” she admits.

“I was thinking a lot about the negative things in my operation, but there are also a lot of positive things. I just needed to focus on those. If I didn’t have the operation I couldn’t even walk by the time I was thirty, because of the pain, maybe I could only lie in bed.”

“I knew that it was better to do the operation, because I was in a lot of pain before.

“I was told that I needed to stay in the hospital for one week, but I hated the hospital and so did everything I could to get out.”

To get out of hospital, Daphne had to climb a set of stairs to prove she had fully recovered, and within four days she was back at home. Just two weeks after that, she was back on the golf course.

We often use the words drive and determination when describing top athletes, and for Daphne it is no different, the courage and focus she showed to go from hospital bed to winning continental trophies is monumental, and to be invited to play in the Big Green Egg Open this week is tribute to her character to persevere through her journey.

Daphne is proof itself that whatever you put your mind to you can achieve. Growing up, she had a dream of playing golf as a professional on tour, and this week those dreams are coming true.