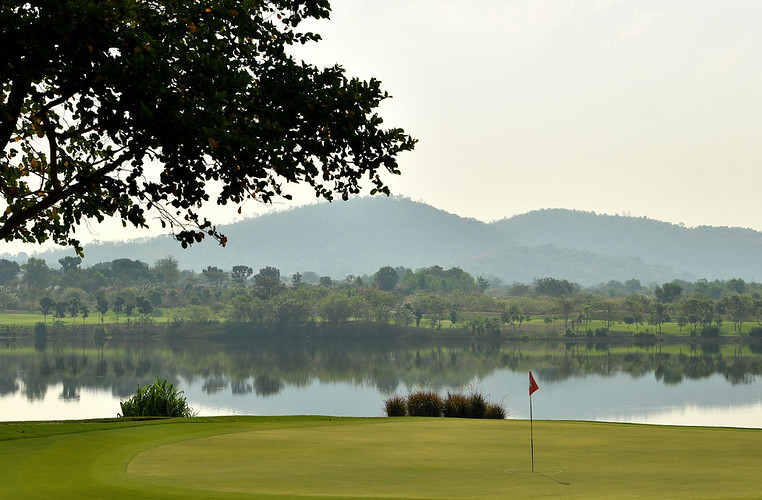 With the Ladies European Tour (LET) spending two weeks in Thailand for the Trust Golf Asian Mixed Series, we have delved into the archives to reflect on the past tournaments and talent from the country.

The first time the LET visited Thailand was back in 2005 for the Thailand Ladies Open, which was staged at Alpine Golf & Sports Club.

Australian Shani Waugh finished at the top of the leaderboard after rounds of 67, 71, 71 and 73 for a total of six-under-par to be tied at the top with France’s Gwladys Nocera.

And it was the Australian who secured victory – her third on the LET – after beating Nocera with a par on the first extra hole.

It was a few years again until the LET returned to Thailand with the Ladies Thailand Championship which was played at Phoenix Gold Golf & Country Club in Pattaya in 2017.

The tournament saw a rising star of the game emerge as local amateur Atthaya Thitikul claimed a two-stroke victory over Mexico’s Ana Menendez.

It was a record-breaking for victory for Thitikul who became the youngest ever winner on the LET winning aged 14 years, four months and 19 days beating the previous record held by Lydia Ko.

The following year, the Tour returned to Phoenix Gold, and it was Thailand’s Kanyalak Preedasuttijit who recorded a one-stroke victory over Korean amateur Selin Hyun.

In 2019, Thitikul returned to the tournament and stormed to victory beating Germany’s Esther Henseleit by five strokes to win the event for the second time in three years while still an amateur.

As well as holding events in the country, plenty of Thai talent has played and won the LET over the years with the first victory coming in 2012 with Pornanong Phatlum at the Hero Women’s Indian Open.

At the end of the year Ariya Jutanugarn won the Lalla Aicha Tour School for the 2013 season and it wasn’t long until she secured her first victory on the Tour winning the 2013 Lalla Meryem Cup – her first of three LET titles with the 2016 Ricoh Women’s British Open and the 2018 Aberdeen Standard Investments Ladies Scottish Open.

After securing two victories as an amateur Thitikul became an LET member in 2020 after she turned professional and added two more wins to her impressive career with the 2021 Tipsport Czech Ladies Open and the VP Bank Swiss Ladies Open.

Thitikul won the 2021 Race to Costa del Sol and Rookie of the Year titles becoming only the fourth player to win both accolades in the same year.

The 18-year-old became the youngest ever LET Order of Merit winner beating the record held by England’s Charley Hull and was also awarded Players’ Player of the Year at the end of the season.