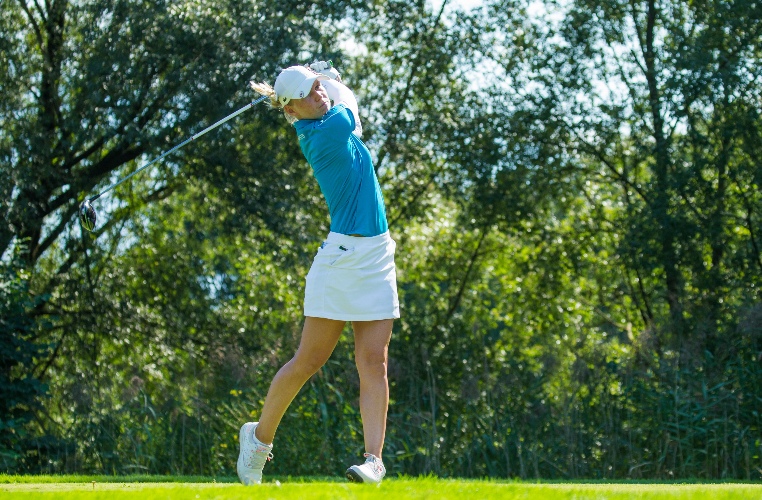 Former LET ‘Rookie of the Year’ Camille Chevalier returns to her homeland this week ahead of the latest tournament on the LET schedule – The 2020 Lacoste Ladies Open De France at Golf Du Medoc.

Playing for the fourth consecutive time on home soil, the 26-year-old Frenchwoman is one of 17 local hopefuls competing for the €200,000 prize fund in a 78-player-field including 14 LET tournament winners as well as last week’s champion, Amy Boulden.

Paired together in one of the marquee groups on Thursday at 9.40 am with Emily Kristine Pedersen and Belgium’s Manon De Roey, the one-time LET winner is riding a wave of form, finishing in T17 at the Tipsport Czech Ladies and T11 last week at the VP Bank Swiss Ladies Open.

Commenting on what it’ like to play at home, Chevalier said, “It is very nice to be back in France and playing in front of a home crowd. I didn’t used to like the attention on the course, but I’ve worked a lot on that and it doesn’t affect me anymore and I am happy to be representing France this week.”

Also representing Lacoste as an athlete ambassador, Chevalier has even more reason to perform this week for the long-time LET sponsor.

“Lasoste are a great sponsor, they are like a family. They are extremely supportive no matter what my results and have been there for me. I am happy to be a Lacoste player this week and it always helps that they also make great clothes.”

Speaking of support networks, France is known to have passionate golfers that are supportive of one another in their quest to climb the ranks on Tour and the tight-knit group of 17 players this week are no different.

Chevalier will not be joined physically by any of her ‘family’ this week due to COVID restrictions, but she was quick to highlight the importance of extended family such as Lacoste and her French colleagues.

“The French contingent is very strong, supporting each other through the ranks and beyond and it’s great to have a few of us here this week. I’ve known many of the French plyers from junior golf and we do all get on very well.”

Hoping to tame the challenging Chateaux Course, which is known for its large sloping greens, Chevalier, added,

“I’m friends with Romain (Langasgue) Antione Rozner and Robin Rousell, I look up to them and what they are achieving on the men’s tour and hope we can do something similar on the LET.”

Former Open De France champion Celine Herbin will be looking to reproduce form of the past at 9.29am alongside England’s Florentyna Parker and Morocco’s Maha Haddioui, while recent winner Amy Boulden looks to continue her form alongside Julia Engstrom and Sweden’s Camilla Lennarth.

Check out the full draw for round one – HERE