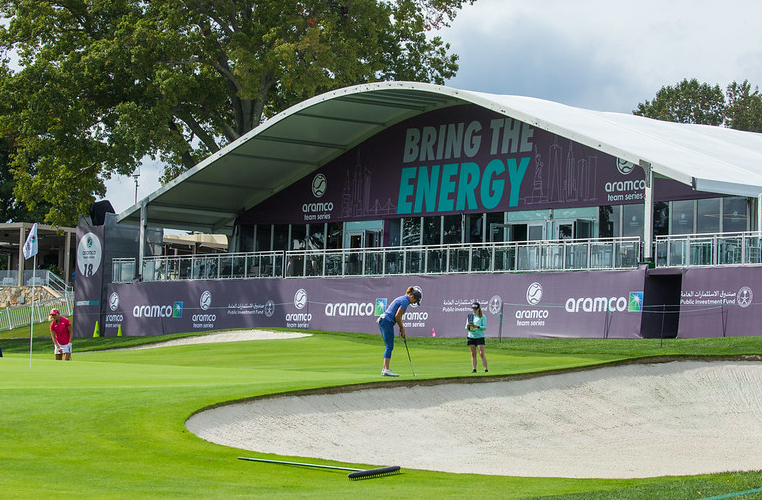 With the third Aramco Team Series event this year, the innovative format is back once again and the LET has taken a trip across the Atlantic to Glen Oaks Club In New York.

In a twist to the usual stroke-play format, professionals will compete in an individual and team format side by side.

Teeing it up in New York will be 28 teams with each team consisting of three professionals and one amateur.

Teams were decided by another unique element of this format – the draft – which sees captains able to pick a player for their team.

The 28 team captains were chosen through the official Rolex World Rankings and in a random order, the 28 captains selected the first player to join their team.

From the remaining field, another professional is assigned to each team based on a random pick and the final part of the puzzle, each team is then assigned an amateur to complete the line up.

In the team competition itself, it is a ‘two-from-four’ format which sees the best two scores on each hole taken forward for the team.

While each professional will also complete every hole and the score will be used for the individual competition.

As a result of the format, it will mean that the amateur will contribute to the result of the team and could have a chance of holing the winning putt.