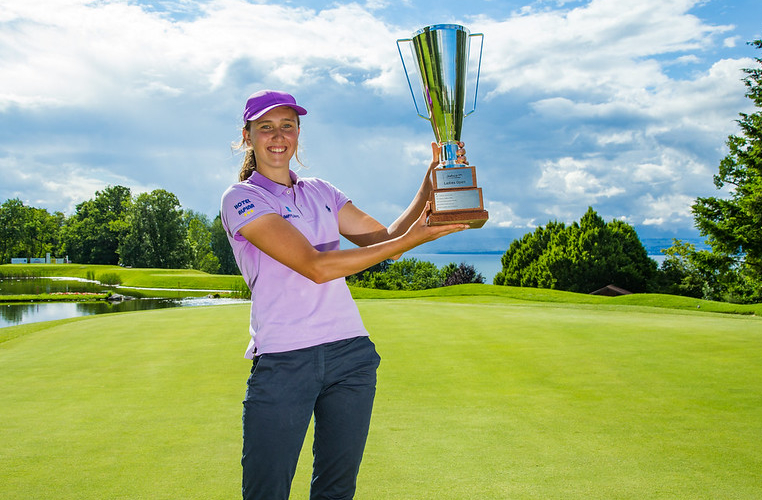 Pia Babnik triumphed in a playoff to win the Jabra Ladies Open after a final round of 70 (-1) left her tied at the top at four-under-par alongside Annabel Dimmock.

The Slovenian star rolled in consecutive birdies on 17 and 18 to put her in pole position and secure the clubhouse lead, before England’s Dimmock made a birdie on 18 to force a playoff.

On the first extra hole it was the youngest member of the LET who came out on top to win her maiden LET title in her 12th start on Tour and jump to the top of the Race to Costa del Sol rankings.

“I feel amazing! I enjoyed the whole week here and I’m really glad it turned out like this. I dreamt about this for a long time, I work really hard and I’m really happy it paid off. I’ve been wishing this for a while,” said Babnik, who turned professional aged 16 in January 2020.

Despite a rocky start where Babnik, who had her dad Ales on the bag, made double bogeys on the first two holes, the teenage sensation recovered well rolling in consecutive birdies on the 4th and 5th holes.

A further three birdies on the back nine, including back-to-back on the last two holes meant Babnik, who was part of Team Europe at the 2019 PING Junior Solheim Cup, had to wait as the final group came down the stretch.

Defending champion Dimmock had a solid round on the final day, she dropped a shot on the second hole but bounced back with a birdie immediately at the third. Bogeys on 13 and 14 left the 24-year-old needing a birdie on the last which she rolled in.

Finland’s Sanna Nuutinen was at the top of the leaderboard at one point in the afternoon with three birdies in her opening 11 holes.

However, dropped shots on the back nine saw her finish on two-under-par and T3 with England’s Felicity Johnson and Germany’s Olivia Cowan.

Austria’s Christine Wolf shot the best round of the day carding a 67 which included six birdies and two bogeys.

Babnik leads the Race to Costa del Sol by 121.67 points ahead of South Africa’s Lee-Anne Pace, while Nuutinen moved up to fourth with Dimmock fifth, Cowan now in eighth and Johnson in ninth place.