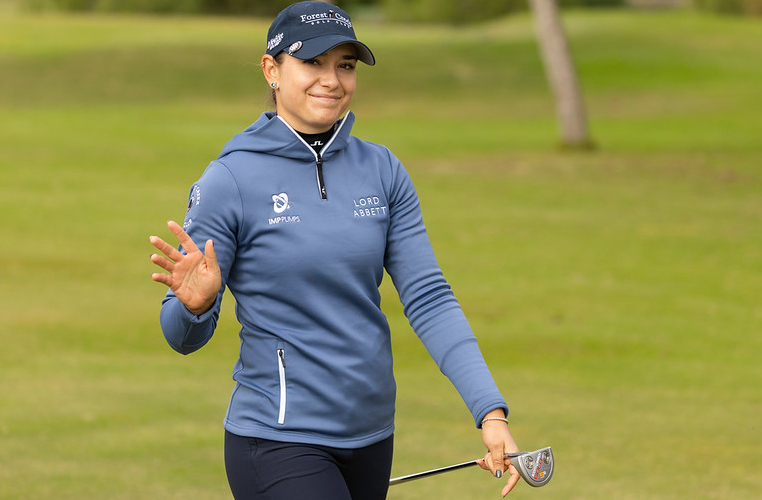 Ana Belac ended 2022 on a high with a T38 result at LPGA Q-Series before she headed to Spain and secured LET status with a fourth-place finish.

Going through back-to-back Q-Schools is never easy but Belac was pleased to be able to achieve her goals on both sides of the Atlantic.

Speaking at the time, the 25-year-old said: “It has been a great week. Q-School can be really tough and mentally challenging; we try to have fun out here and enjoy the beautiful views and weather as much as I could.

Belac also finished LET Q-School in style with a hole-out eagle on the 18th and was proud of herself for being able to play that shot.

She explained: “[On the eagle] I had a comfortable 5-hybird into the green and my dad nearly talked me out of going for the green in two. I hit it in the bunker – not the best shot – and then I holed out from the bunker.

“It’s really crazy because that shot would’ve intimidated me a couple of months ago but I really spent a lot of time working on my game especially around the greens so that’s paid off.”

With a record-breaking LET schedule to look forward to this coming year, with the biggest prize money in the organisation’s 45-year history, Belac is proud to have secured status on the LET.

And even though she spends the majority of her time in the United States, the former Duke University player wants to have a mix of LET and LPGA Tour in her 2023 schedule.

She added: “The goal was to secure status on the LET. Being a European and playing most of my junior golf in Europe and coming from Slovenia, I want to play on the LET as well – even though I reside in the United States right now. I’m happy that I will be able to play some great events on both Tours now.”

Titanic. I know it’s embarrassing but I started watching it when I was like three years old, that was the way to keep me busy. They had to turn it off when the iceberg popped up because I started crying and then eventually, I made it through the whole movie by the time I was six years old.

Augusta National – nothing beats that.

I’m torn between putter and driver. When my putter doesn’t behave then obviously driver, but between those two.

I always admired Lindsey Vonn growing up. I was a skier until I was about 14. I knew I was going to be a professional athlete when I grew up, but I thought I was going to be a skier and it didn’t turn out and now I play golf. She’s always been my hero.

It would be something from Bon Jovi as I would know the lyrics.

Something we don’t know?

I used to be a competitive skier. I started skiing when I could barely walk and skied until I was 14 competitively.