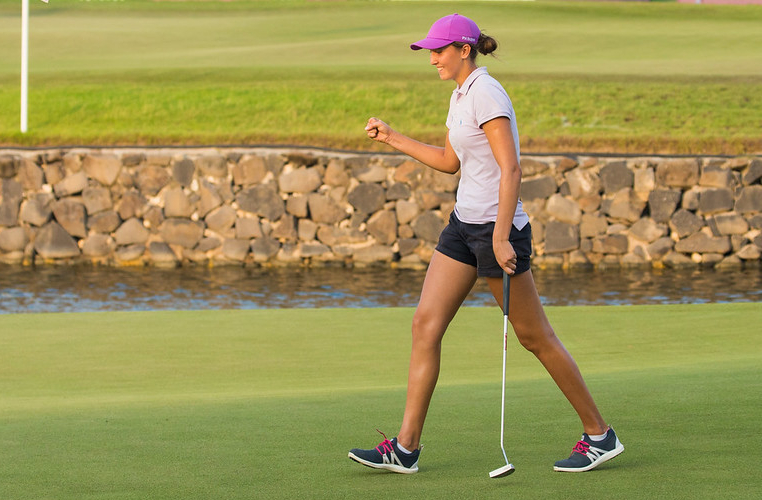 With the new LET season just a few weeks away, we reflect on some of the players who put themselves forward as rising stars of the future in 2021.

In her first full season on Tour, Thailand’s Atthaya Thitikul put in a dominating performance on the LET. The 18-year-old won two LET titles in her homeland while still an amateur and in her rookie year as a professional, she proved to be one of the most consistent individuals on Tour.

Thitikul added two further LET titles to her accolades after winning the Tipsport Cezch Ladies Open and VP Bank Swiss Ladies Open. It wasn’t just the wins that saw the teenager’s stock rise, it was the way she completed her season. The four-time LET winner only finished outside the top six on three occasions in individual competitions.

While she also put on a show against the biggest stars, finishing fifth at The Amundi Evian Championship, fourth at the ISPS Handa World Invitational, tied for second at the Women’s Scottish Open and in second place at the Saudi Ladies International. Thanks to her excellent performances, Thitikul stormed to the Race to Costa del Sol, Rookie of the Year and Players’ Player of the Year titles, as well as rocketing up to no. 18 in the Rolex Women’s World Golf Rankings.

Next up on the list is Slovenia’s Pia Babnik, who turned professional aged 16 and secured LET status in the Final Stage of Qualifying School in January 2020. After a second season on Tour, the young star proved that she is someone to watch in the future as she secured her maiden LET win in the third event of the 2021 season – the Jabra Ladies Open.

Babnik then was the youngest golfer to compete at the Olympics as she played in postponed Games in Tokyo, where she finished 34th. After returning to the LET, the 17-year-old began to find her form once again with second place at the Estrella Damm Ladies Open and T4 at the Aramco Team Series – New York.

In the penultimate event of the year, Babnik won the Aramco Team Series – Jeddah individual title to climb to second place in the Race to Costa del Sol and cement her status as a rising star. With two victories to her name, what will 2022 hold for the now 18-year-old?

Another rising star who burst onto the scene in 2021 is Sweden’s Maja Stark who started the year as an amateur ended the year with three professional wins – two of which were on the LET. After playing in the Scandinavian Mixed while still an amateur, Stark finished T18 and showed she could compete with the best.

After turning professional in the summer, the 23-year-old won on her home course on the LET Access Series to secure her maiden title and then played on the LET. Back-to-back tournaments in Sweden gave the Stark the chance to show what she was made of, and she came out on top in the Creekhouse Ladies Open.

Two LET events later and the Swede was back in the winner’s circle at the Estrella Damm Ladies Open. Stark also finished second in the season-finale to see her sixth in the Race to Costa del Sol having played just six events. With such a stellar start to her LET career, the former PING Junior Solheim Cup player will be looking to pick up where she left off last season.

The final rising star is France’s Pauline Roussin-Bouchard, who followed a similar trajectory to Stark having only turned professional in the middle of the year. The 22-year-old is the former number one in the World Amateur Golf Rankings and made an excellent start to professional life.

At the Didriksons Sakfto Open in August, Roussin-Bouchard was victorious with rounds of 68 (-1), 60 (-9) and 69 (-1) to win her first LET title and take up membership. A few weeks later, the former USC player finished T3 at the Lacoste Ladies Open De France and rounded out her LET season with T7 at the Aramco Team Series – New York.

Roussin-Bouchard then showed what she was made of on the other side of the Atlantic, winning Stage II of LPGA Q-Series and ultimately finishing second in the Final Stage to secure her LPGA Tour card for 2022. With events all across the world, the Frenchwoman will be hoping there are big things to look forward to this year.