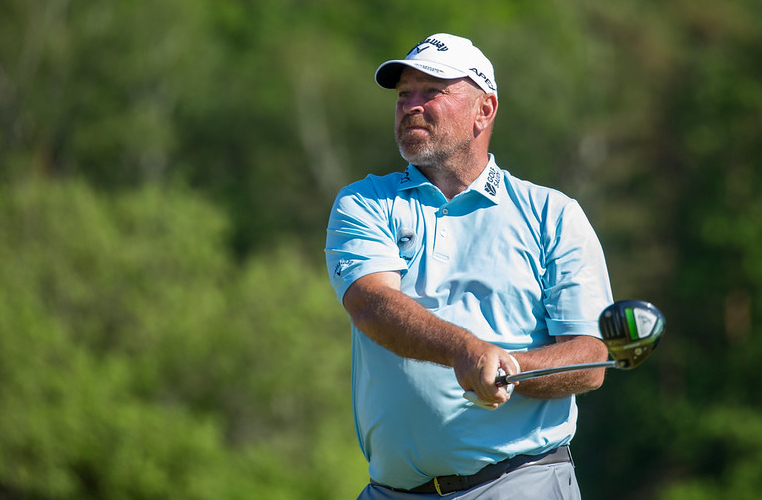 Winning Ryder Cup captain Thomas Bjørn believes now is the right time for the Scandinavian Mixed to be happening.

The tournament, which is hosted by Henrik Stenson and Annika Sorenstam, sees 78 men and 78 women compete for the same trophy and same prize fund on the same course at Vallda Golf and Country Club.

The Danish legend hopes that the joint event between the European Tour and the LET will allow women’s golf to be showcased to the fans.

“It’s something everyone wants to see happening and more often as well. Golf has an obligation to provide different kinds of formats and ideas and it’s one of those sports where we have the ability to make it fair,” the 15-time European Tour winner said.

“It’ll be something that fans will want more of, I think it’s something sponsors want more of and I think it fits the tour, and the time – the time is right – and it’s certainly the right country. This country is very forward-thinking with women in sport.

“I think women’s golf is under-estimated at times and deserves more praise and I think this is a good way to show the difference between men’s golf and women’s golf is not as big as many people think it is. They’re professional sports people, doesn’t matter if you’re a man or woman, you have the same mindset, your work ethic is the same, you’re concentrated on improving all the time so there isn’t much difference.”

Bjørn, who successfully captained Europe to victory at the 2018 Ryder Cup, is excited to be able to play alongside two people he knows very well.

“Swedish golf royalty doesn’t come much higher than Henrik and Annika,” he said.” “Annika and I are a very similar age and growing up and watching her career up close through the years, dominating women’s golf, was remarkable and she’s women’s golf’s Jack Nicklaus or Tiger Woods.

“I’ve known Henrik for so long and we are just very close friends, and he’s still got hopes and aspirations of delivering great things and very capable of doing that so that’s a different case. I love watching him play, he’s arguably one of the best golfers in the world and we saw that over a few years when he delivered some unbelievable results.

“It’s pretty special at our age to go out and play competitive golf together and I’m looking forward to it. It’s going to be fun for all three of us.”