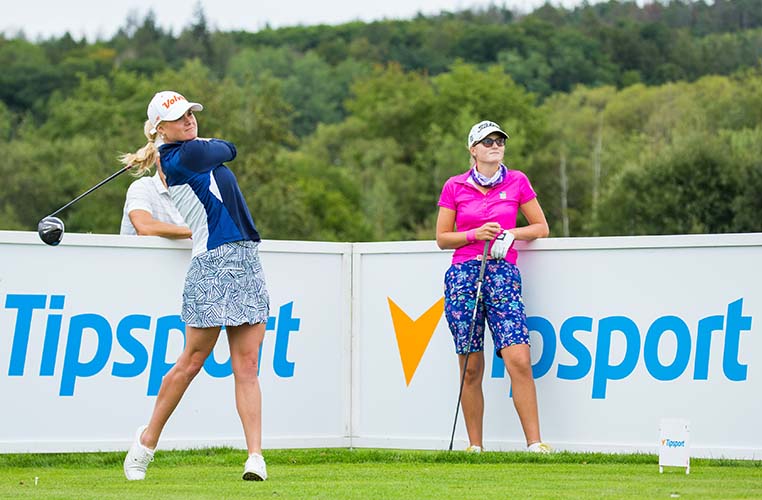 After two weeks in Scotland, the Ladies European Tour is back in mainland Europe for a 54-hole shootout at a new venue with Carly Booth returning to defend the trophy she won in spectacular fashion last year, finishing nine-under-par at Golf Course Karlstejn.

Booth enjoyed one of the best years of her career in 2019, winning for the first time in seven years and recording a further three top-ten finishes en-route to a 12th place finish on the Race to Costa Del Sol Rankings.

“It is always nice to come back to the Czech Republic and it‘s special to defend any title and it is nice to be back out on Tour after a year of not playing as much as normal, it kind of feels like being back to school.”

A three-time winner on the LET, Booth did not get the opportunity to defend her Deutsche Bank Ladies Swiss Open title but experienced the additional pressure of returning as champion after her maiden victory in Scotland in 2012.

Speaking about the prospect of keeping the trophy, Booth said, “It is a great feeling to come back as a past champion but I am not feeling any pressure as it is a different course. I don’t feel like I have an advantage so I am going to go out and enjoy it and go out with the same attitude as I did last year.”

In different circumstances to Booth, Australia’s Stephanie Kyriacou didn’t know she would be teeing it up at Beroun Golf Club, but is relishing the opportunity to get started as she competes in the Czech Republic for the first time, as a last-minute entrant to the tournament.

The 19-year-old who captured the Ladies Classic in Bonville as an amateur, made the cut last week in her major debut at the AIG Women’s Open and was due to head back to her homeland, only for her flight to be cancelled with the next available option being the end of September.

Accompanied by her Father, Kyriacou is on a steep learning curve for life as a professional golfer and is set to play this week and at the V Bank Swiss Ladies Open in a fortnight.

Speaking about the experience, Kyriacou said, “I haven’t had that normal Tour life yet so this feels a bit like the start of the season, I’ve got to get used to all the travelling to each country, as an amateur it was always inter-state so I didn’t cross time zones too much and living out of a suitcase is different.”

As a result of this week’s unscheduled inclusion, Kyriacou is light on clothes, only packing enough for Scotland.

“I only packed pants and one skirt, thinking it would be cold, it isn’t ideal prep but I am hoping to get some stuff online and get it sent to the hotel.”

Kyriacou gets her first round underway at 9.10 from the 10th tee alongside local talent Tereza Kozeluhova and Germany’s Olivia Cowan while Czech star Klara Spilkova is off at 9.30 alongside England’s Annabel Dimmock and Race to Costa Del Sol leader, Emily Kristine Pedersen.