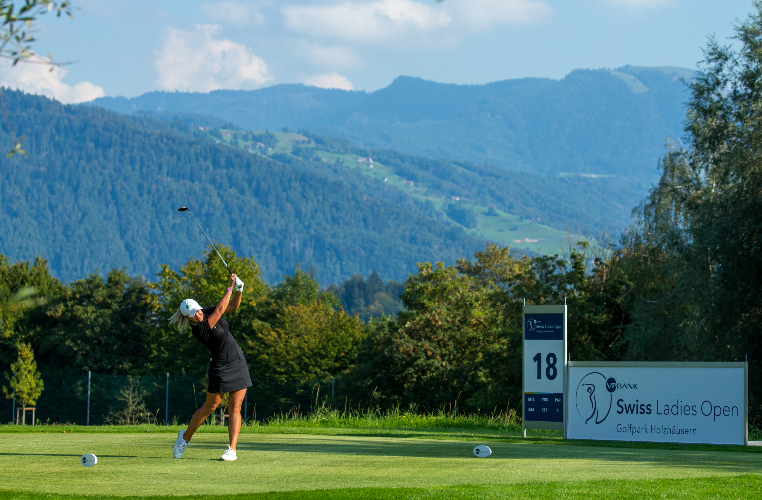 Amy Boulden produced a sensational round of a lifetime, firing a stunning bogey-free 64 (-8) to finish the week at 17-under-par and claim a three-shot victory from Australia’s Stephanie Kyriacou at the 2020 VP Bank Swiss Ladies Open.

The breakthrough victory is her first in 87 attempts on the LET and sees her claim the €30,000 winner’s check and rise 68 places to fifth on the Race to Costa Del Sol Rankings.

“It’ll take some time to sink in, I’m thrilled and really excited to get that first LET win. I am obviously overwhelmed. I was looking forward to getting out there today and I haven’t been in this position for quite a while, so I just tried to enjoy it.”

Bursting on to the scene in 2014 as LET ‘Rookie of the Year’, Boulden has struggled with form in recent years, failing to record a top-10 since 2017, but she certainly did not struggle today.

Taking charge from the beginning, the 27-year-old looked in her element all day at Golfpark Holzhäusern, as she immediately took a share of the lead with a birdie at the par four 1st hole.

Flagging her irons and holing putts from the start, the 2020 Q-School winner held a two-shot lead heading into the back-nine after a flawless 31 (-4) on the front, but it was not over yet.

LET rookie Steph Kyriacou was making a charge of her own, turning in 31 (-4), while Morroco’s Haddioui was alongside her after an opening nine of 33 (-2).

Keeping them at arm’s length, the Welsh star birdied Nos. 10 and 11 as well as 13 and 14 to take a four-shot lead heading into the final stretch.

Holding her nerve, the 27-year-old parred the remaining four holes to sign for a career-best 64 (-8) and finish the week at 17-under-par.

Astonishingly, the welsh star has not made a bogey since the 17th hole on Thursday.

“My goals this year were to put myself in to contention, I am really happy with how I handled the pressure and how I put my foot down on the gas when I needed to.”

Australia’s Kyriacou upped the ante in the race for ‘Rookie of the Year’ spoils, finishing in solo 2nd at 14-under-par to get closer to the lead currently held by Alice Hewson.

“Amy played really well so I am happy for her. I am really happy with my result; my aim was to come top 10 and I am pleased to achieve that. I think my first round was a slow start with the putter, but it fired up the last few days.”

Local hero Kim Metraux gave the home crowd plenty to cheer, making as many as five birdies in a row during her final round of 68 (-4) to close the week in T3.

“It feels incredible to shoot such a final round, I was just trying to enjoy the moment, it was incredible. I have great memories that I will keep for a long time.”

Next up on the LET is the Lacoste Ladies Open De France at Golf Du Medoc which gets underway on Thursday 17th September.