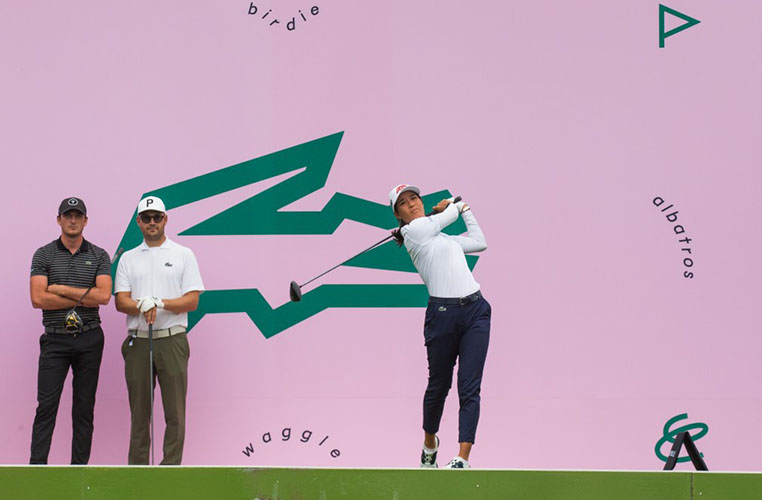 The 28-year-old from Montrouge holed a 15 metre putt for birdie on the last hole at Golf du Médoc last year, earning her third LET trophy. To retain her Lacoste Ladies Open de France title, she will have to contend with a strong challenge from the starting list of 108 players that includes eight of this year’s winners.

“I’m very happy to be back and able to defend my title. I’m excited to get started,” said the two-time victorious Solheim Cup player.

“Last year’s win is definitely a great memory and one of the highlights of my career. It’s a tournament I’ve been wanting to win for a few years now and to be able to do it with a birdie on 18 is something I will remember for a long time. It was nice to share it with my family, as well. The five of us are not together in the same town at the same time that often so it was great to be able to share that with them.

“It would be great to be able to defend my title but I’m happy to be on this new course with friends and family around, so I’m going to try to enjoy it because I don’t have the opportunity to come home that much. The past couple of weeks I was at home in Dallas and worked a little bit on my long game which has been more problematic for the last few tournaments. I was trying to rest as much as I could, because the season is long.”

Boutier won the Shoprite LPGA Classic the month after her Lacoste Ladies Open victory last year, for her 10th international title as a professional and she has since climbed the Rolex Women’s World Rankings with eight top 10 finishes, including two in Major championships, so far this season. Although she finished fourth and tied for fourth in the AIG Women’s Open and The Chevron Championship respectively, she missed the cut in the KPMG Women’s PGA Championship and the Amundi Evian Championship, so her goal is to become more consistent in the Majors.

“My game has been getting better since last year. It’s been a bit up and down but I can improve and hopefully climb a few more spots in the future. I’m looking forward to having more opportunities to do that,” said Boutier, whose best finish this season has been second in the Trust Golf Women’s Scottish Open.

The French star will tee off from the 10th hole at 1.48pm in Thursday’s first round in the company of Meghan MacLaren and Sofie Bringner and she welcomed the late tee time, having just flown into Europe from the United States.

“The jet lag is not easy in the mornings here, but I’m looking forward to finishing the season strongly,” she added.