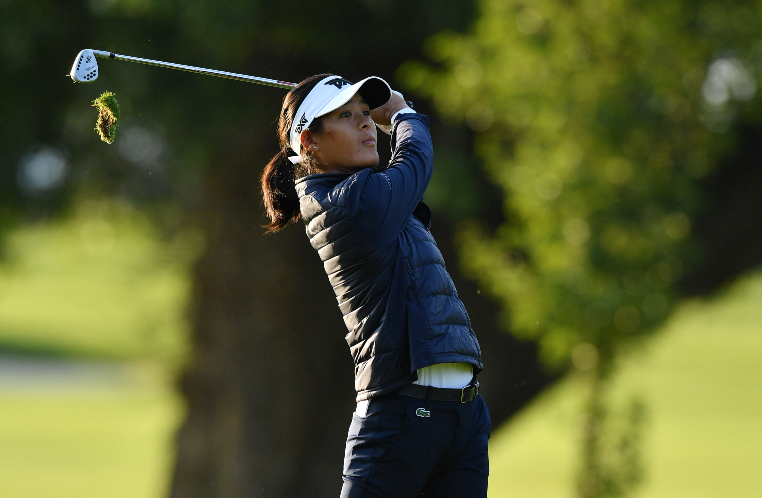 Being able to play in front of home fans is always special and Céline Boutier is excited to have that opportunity at The Amundi Evian Championship.

Boutier is one of five French players that will be teeing it up at Evian in the first European Major of the 2021 season.

The 2018 Australian Ladies Classic Bonville champion spends a lot of her time in the United States competing on the LPGA Tour, but the Frenchwoman loves returning to Europe.

“Playing mainly in America makes me miss home a little bit more and I just feel like I usually come back for Evian and the French Open which are the only two weeks that I get to compete in front of the French public,” said Boutier.

“It’s a Major that we have at home, which is something that not many people can experience. The organization is always so great and glamorous in pink which makes you dream, especially as a young girl playing golf.”

Having grown up watching the tournament, when Boutier made her debut in the championship in 2014 it was a fantastic experience.

The Frenchwoman was still an amateur and she finished tied for 29th place – her best finish in the event. She said: “I grew up watching this tournament, so obviously my first time playing it was surreal. Even if you have played here ten times before, it always takes your breath away with the lake and the views. It is a special one for me.”

The 2019 ISPS Handa Vic Open Champion has had a solid season so far with three top-10 finishes in her past four events on the LPGA Tour, including the third Major of the year, the KPMG Women’s PGA Championship where she finished T8.

“For me, I just need to know that I’m prepared; then I feel more confident. What I have learned from my past experiences is that you just cannot think too far ahead of yourself. Even if you post a good round, it does not mean you are going to lift the trophy. You cannot predict anything with the scores, so just keep it one shot at a time,” said the 27-year-old.

Boutier made her debut at the 2019 Solheim Cup at Gleneagles when she was part of the victorious European team.

The two-time LET winner produced a record of 4-0-0 score in her first Solheim Cup appearance and this has boosted her drive to wanting to compete in the prestigious competition again.

She added: “Being a part of the European team for the Solheim Cup is definitely a goal of mine and has been since the last edition in 2019, so it is something I think about. I also know that the way for me to perform my best is not to think about it. So, it’s been a challenge juggling between being able to let it drive me but at the same time not worrying about it too much and just staying in the present and focusing on each tournament at a time.”