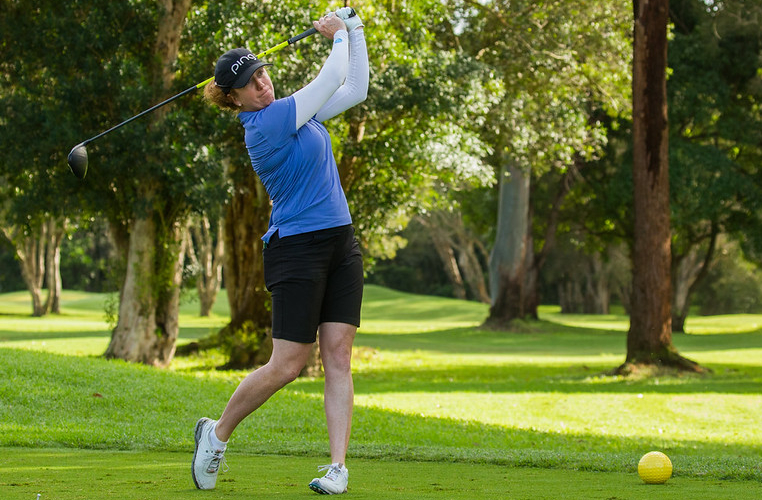 Hannah Burke is returning to a format where she had success last November when she was part of the winning Team Pedersen at the Aramco Team Series – Jeddah.

But for the Aramco Team Series – Bangkok, the English player will be a team captain for the first time and is working out her strategy for the Draft.

“The nerve-wracking drama of November,” she recalls. “I don’t want to watch another playoff, I would like someone to just win!

“It is a fun format and there’s a couple of little changes from last year and I’m team captain for the first time. I have got to do a bit of research.

“I am one of the first few captains to pick, so I’ve got a small list and have my eye on a couple of people. It is good and exciting, hopefully we will get a good amateur, so we have a fun couple of days.”

Similar to last year, there is a Team competition alongside an Individual, but one change is that the Team event will conclude after the second round.

There will be a cut with the top 60 professionals and ties heading into the final round of the Individual stroke play competition on Saturday.

Burke comes into the week off the back of a strong showing in Australia, where she finished T3 at the Australian Women’s Classic – Bonville and T6 at the Women’s NSW Open both with a total of seven-under-par.

“I feel pretty good heading into this week. I had a week off last week, so I’m feeling quite refreshed because we have already had a long start to the season,” she continued.

“A week off was much needed. I unpacked my clubs yesterday; they have had a week resting in their flight bag. I played nine holes and did a bit of range work.

“Seven-under is my new lucky number! My game has been there and thereabouts, it was a bit of a rusty start to the season which it always is coming out of winter because you don’t play loads.

“I have been hitting it good, so it was just patience and waiting for it all to come together. I love Australia so I think I was nice and relaxed and enjoyed the time over there.”

Thai Country Club is the venue for this week’s Aramco Team Series – Bangkok and after playing in the country a few weeks ago, Burke is enjoying the similar conditions.

She added: “It is a nice course. It is quite similar to what we have played in Thailand before with grainy greens and little runoff areas. I hit quite a few chips out there. It is exciting to be back and it is nice out here.”