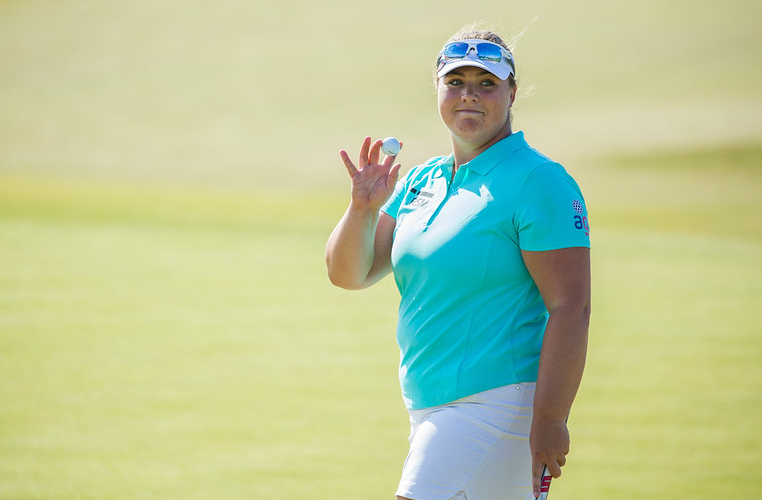 The most recent winner on the European Tour Jonny Caldwell is looking forward to competing on home soil when the ISPS HANDA World Invitational presented by Modest! Golf takes place from July 28 – August 1.

It has been a whirlwind few days for Caldwell who claimed his maiden European Tour win at the hugely successful Scandinavian Mixed hosted by Henrik & Annika in Sweden.

The 37-year-old, who partnered Rory McIlroy in the 2007 Walker Cup at Royal County Down, will return to Northern Ireland full of confidence as he goes in search of another tour victory in front of home crowds.

“The last week has been a bit of a whirlwind to be honest,” explained Caldwell, who has had time to recognise the magnitude of his first win on the main tour. “I have waited a long time for this breakthrough win. A lot of hard work has gone into getting to this point.

“After winning in Sweden, I said ‘I hope there are more weeks like this’, men and women competing together. We now have the chance once again in another innovative event at the ISPS HANDA World Invitational at Galgorm and Massereene at the end of July.

“I can’t wait to get back there; I have fond memories of competing at Galgorm over the years and organisers there always set up a tremendous tournament for players and spectators. This year will be very special for me because I will return as a European Tour winner and it will be great to celebrate with all the Irish fans,” added Caldwell, who becomes just the eighth Northern Irishman to win on the European Tour.

Also competing at Galgorm and Massereene will be Alice Hewson, who ran Caldwell close as she chased down the Irishman’s 17-under winning total at Vallda Golf and Country Club in Gothenburg. The English professional is an exciting player to watch and believes mixed events like the ISPS HANDA World Invitational are the way forward.

“It’s an exceptional opportunity for women’s golf as a whole, to be on the same stage and to prove to everyone how good women’s golf actually is,” said Hewson, who is currently fourth in the Race to Costa del Sol on the Ladies European Tour (LET).

“I cannot wait to play in the ISPS HANDA World Invitational, the first tri-sanctioned event here between the three tours (European Tour, LPGA and LET). It promises to be another standout week for professional golf and I’m looking forward to teeing it up in another event alongside the men,” added the 23-year-old.

The US$3 million ISPS HANDA World Invitational comprises two separate 72-hole stroke play events for men and women, who will compete at the same venues at the same time and for equal prize money.

In a busy period leading up to the ISPS HANDA World Invitational, two other key events took place where professionals and amateurs qualified for the tri-sanctioned event. This week, Kinsale’s John Murphy was in sensational form to win the Northern Ireland Open presented by Modest! Golf at Cairndhu Golf Club. It was a remarkable achievement for the Irish golfer in his first professional event.

Murphy carded rounds of 67, 68 for a five-under total to win by four strokes from Dermot McElroy and Liam Grehan. Murphy secured his place in the ISPS HANDA World Invitational, as did Ballymena native McElroy, who came through a play-off with Grehan to claim the second male spot. England’s Thalia Martin also qualified after finishing as the leading female professional at Cairndhu.

Tickets for the ISPS HANDA World Invitational are currently on sale and organisers remain optimistic that a limited number of spectators will be able to attend at Galgorm and Massereene. A flexible ticketing plan has been put in place and organisers will comply with all government guidelines at the time, while ticket numbers at both host venues will be restricted.