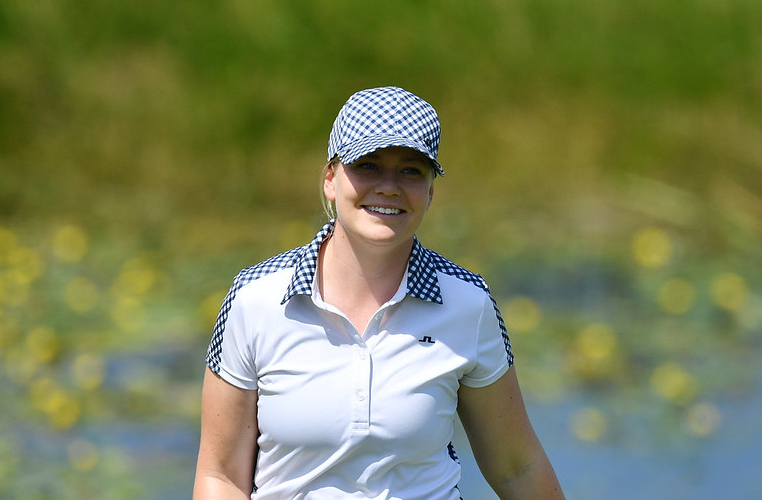 Heading into last week’s Gant Ladies Open, Finland’s Matilda Castren knew what she had to do to become eligible to represent Europe at the Solheim Cup.

A win was what the 26-year-old needed and despite the pressure of performing in front of a home crowd, Castren triumphed with a three-stroke victory.

“It was awesome to see all the people there. I had a lot of family members and relatives come out and watch. A lot of them I had not seen for a long time. It was really special playing in Finland,” she explained.

“It was a little bit stressful, and I felt a bit of pressure because I knew the crowds wanted a Finnish winner. I am very happy that I was able to pull it off. I surprised myself there too, I knew I had four opportunities and it is definitely a weight off the shoulders to do it on the first one. I am super excited and grateful, and to do it at home was the icing on the cake.”

With her LET membership confirmed, Castren is focusing on a busy summer ahead which includes the European Major season and the Tokyo Olympic Games, plus the next few weeks could culminate in the Solheim Cup in September.

Castren said: “It would be a huge honour to represent my home country and Europe. It is a tournament that I have been following and watching since I was a little girl and I always wanted to be a part of it. I love the team events that we play in Europe growing up and the Solheim Cup is the biggest one. It would mean everything to be part of the team.”

This week is the fourth Major of the season and the first in Europe as Evian Resort Golf Club hosts The Amundi Evian Championship.

After winning the 2021 LPGA MEDIHEAL Championship in June, Castren qualified her spot to play at this tournament for the first time.

With her two victories and consistent performances, the Finn has jumped up to 52nd in the Rolex Women’s World Golf Rankings and she is relishing the opportunity to play at the picturesque course.

She added: “It is gorgeous. I knew it was going to be beautiful, but this is beyond my expectations. The course is spectacular. It is in such good shape. I know there was some rain the past couple of weeks, but I think it has just made the course a lot better. It is so green, and you can see the lake from almost every hole. I feel very lucky to be here and to be part of this event – I am excited.”