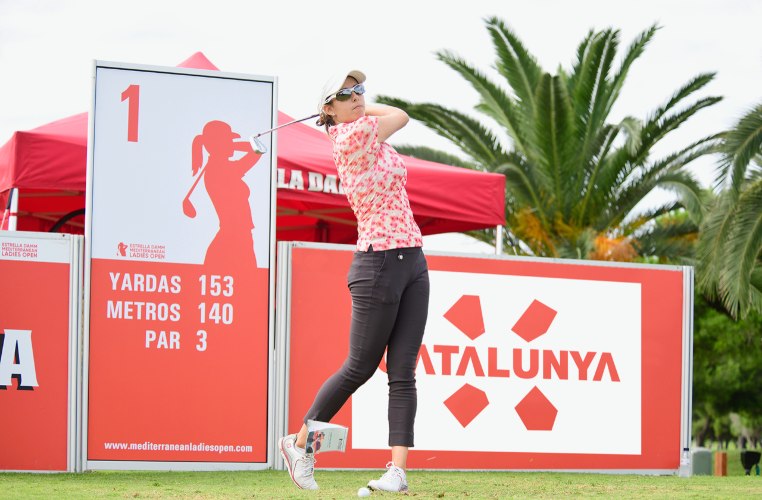 The General Secretary of Sports and Physical Activity has reached an agreement with Club de Golf Terramar and the Estrella Damm Ladies Open to support this year’s competition, which will be held in Sitges from October 1 to 3.

The agreement will incorporate the brand “Catalunya” into the official naming of the tournament, which will now be named the “Estrella Damm Ladies Open presented by Catalunya”, making the General Secretary of Sports and Physical Activity the institutional sponsor of the tournament.

The Secretary General of Sports and Physical Activity, Anna Caula, stated “It is great news that the Estrella Damm Ladies Open presented by Catalunya will be held in person again after last year’s hiatus.

“This means that, progressively, Catalan sport is recovering normality in the celebration of international competitions and events throughout the country with the pertinent security measures.”

“The Catalan government supports the tournament financially because it is a very powerful tool in our objective of taking steps forward to normalise women’s sport in Catalonia. It has existed for a long time, but it hasn’t always been visible.

“Events like this have a primary economic and tourist impact for the territory. The collaboration between the public and private world once again makes it possible for us to live a high-level sporting event that will promote golf, and that will do so in an emblematic entity such as the Terramar Golf Club and with the presence of the best players on the circuit.

Caula continued: “Thanks to the television broadcast to more than 100 countries, the Estrella Damm Ladies Open presented by Catalunya will show the world the organisational capacity of Catalan sport and will keep Catalonia on the international front line.”

There are a number of international stars headed to the Estrella Damm Ladies Open presented by Catalunya this week, including recent Solheim Cup winner Emily Kristine Pedersen, who also won the 2021 of the Race to Costa del Sol.

There will also be five Catalan players in the field this week, with ambassador of the 2023 Solheim Cup Camilla Hedberg representing the Terramar Golf Club, as well as Mireia Prat, Elia Folch and Paz Marfà – who recently turned professional.

Catalan hopes will also lie with the promising talent of Nagore Martínez Salcedo, who has been champion of Catalonia for four consecutive years in different age categories and has also won two Spanish Championships.

At just thirteen years old, Nagore is constantly breaking records and currently ranked top of the National Children’s Ranking, as well as being chosen to represent Spain in the Amundi Evian International Championship.

The president of the Terramar Golf Club, Josep Maria Gassó, said: “Thank you to the Secretary General of Sports and Physical Activity for all their support, which has been key to guaranteeing the continuity of this tournament.

“In addition, with this support and that of the rest of the sponsors, the future of the competition in Terramar, Sitges and Catalunya is now more guaranteed than ever. As a club we have made a great effort to present a field in the best conditions, culminating our Master Plan with the remodelling of three new holes that will make Terramar a benchmark in the world of golf.”

Keep up to date with all the news from the Estrella Damm Ladies Open presented by Catalunya on the mediterraneanladiesopen.com website, and the @MeditLadiesOpen social media channels.