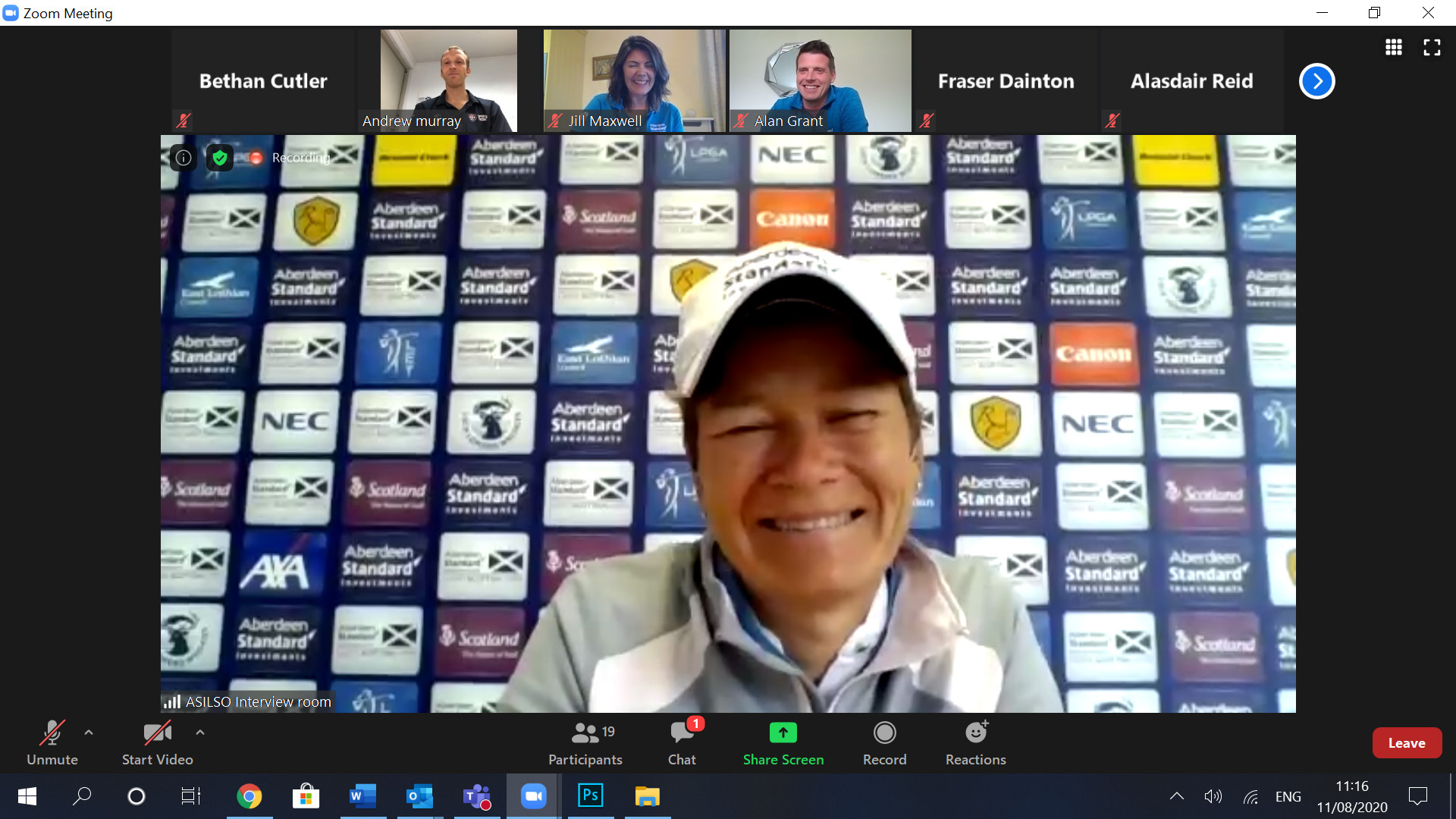 As the LPGA and LET touch down in Scotland this week, players, caddies and staff at the Aberdeen Standard Investments Ladies Scottish Open are determined to make the tournament a success by adhering to extensive health measures. Face masks and sanitizers can be found aplenty, with social distancing the new normal from the course to the clubhouse. These guidelines were key for players like major champion and Scotland native Catriona Matthew, who committed after learning of the tournament’s safety procedures.

“The players, I would say, are being very good at keeping their distance, wearing the face mask, hand sanitizing,” said Matthew. “Like anyone, I was nervous. There are a lot of players coming from other countries where perhaps the virus rates are higher but now you’re here and you can see it all happening. I think all the hard work that’s been done by varying different bodies is really paying off, and I feel very happy and excited to be starting play.”

Matthew kept active during the lockdown in her home country by using a Peloton to keep her competitive edge while staying healthy indoors. She is thrilled to be competing as a past champion of the Ladies Scottish Open, but Matthew isn’t the only one ready to watch the women tee it up again. Alan Grant, senior golf manager of Visit Scotland, said the Scottish government, Visit Scotland and Aberdeen Standard Investments worked hard to help bring professional women’s sport back to the Home of Golf.

“I think it’s great to see the return of not only women’s golf, but international women’s sport to Scotland and the U.K. this week and we are very proud of the role that Scotland has played in this, helping down the line of commitment across sport and society and you’re obviously building on the success that we had at the Solheim Cup last year,” said Grant.

“I must say, just really looking forward to playing in it. Obviously, it’s going to be different being for the local community this year that none of them can physically come and watch it, but as someone said earlier, hopefully people will be watching on television. I myself, I didn’t realize how much live sport I didn’t watch on TV until there wasn’t any. I was struggling to find things to watch,” said Matthew. “I think people are excited. I’ve been watching some of the men’s golf on television and I think people are just excited and it gives them something to watch on the TV and to have women’s golf, women’s sport up there will be good and I’m really looking forward to these next two weeks.”