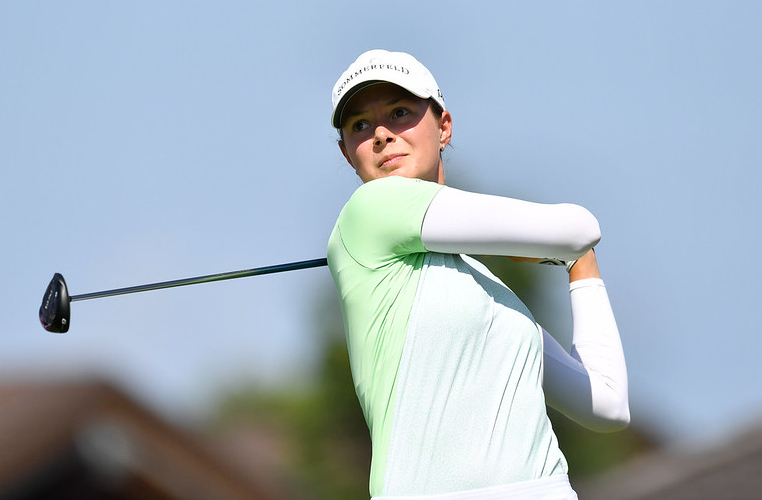 Esther Henseleit, who won the inaugural edition of the Magical Kenya Ladies Open back in 2019, is enjoying being back at the place of her maiden LET title.

The German produced a stunning final-day 64 (-8) to seal victory at the 2019 LET season finale and with it, Henseleit was crowned Order of Merit winner and Rookie of the Year.

The 23-year-old heads the field this week as 94 players battle it out over 72 holes in the 2022 edition of the Magical Kenya Ladies Open at Vipingo Ridge.

And Henseleit, who is no. 104 in the Rolex Women’s World Golf Rankings, remembers those final few holes of her triumph well and the nerves that came along with it.

“It is pretty cool being back! It is over two years ago now and so much has happened in between, but it is a very nice place to come back to and I have very good memories here,” she said.

“I can remember every shot of the back nine, and how I was shaking a little bit on the last three or four holes and just trying to survive.

“It’s definitely something new being a defending champion, I’ve never been in the situation before where I’ve had to defend my title, so it’s pretty cool.”

Reflecting on the scenes back in 2019, Henseleit admits she was not happy after carding a 71 in the third round to be at a total of six-under-par.

But the German came out fighting and within the first nine holes of her final round, she had closed the gap to the lead.

“I remember being very disappointed after the third round because I felt like I wasn’t playing well and had no chance,” she continued.

“I just knew I had to do something special on Sunday to turn it around, and I played really good and had a great start which helped me to close that gap after nine holes.

“Then I knew that I did have a chance and to bring it home was really special, it was one of the most special moments of my life.”

It wasn’t just the LET victory Henseleit took home as the win also put her at the top of the rankings and she became the third player in LET history to win both the Order of Merit and Rookie of the Year in the same season.

“With the Order of Merit, I was falling behind in the rankings, so I had it in my mind that I really wanted to win this,” she explained.

“I knew what I had to do, and at the time I had quite high expectations coming here and in the end, it was pretty special to get it done.”

Fast forward to 2022 and Henseleit believes she is a different golfer to the one she was in 2019. She has worked on many aspects of her game but knows there is still work to be done.

And despite the pressure of being a defending champion, the 23-year-old is taking it in her stride and is focused on playing well rather than the result.

She added: “I feel pretty relaxed coming here, I won’t put too many expectations on myself, of course I want to play well and maybe even win, but I’m a new golfer and a new person now so we’ll see how it goes.

“I’m a bit more grown up now, but I’m still not the perfect golfer yet, I’m still working on that.”