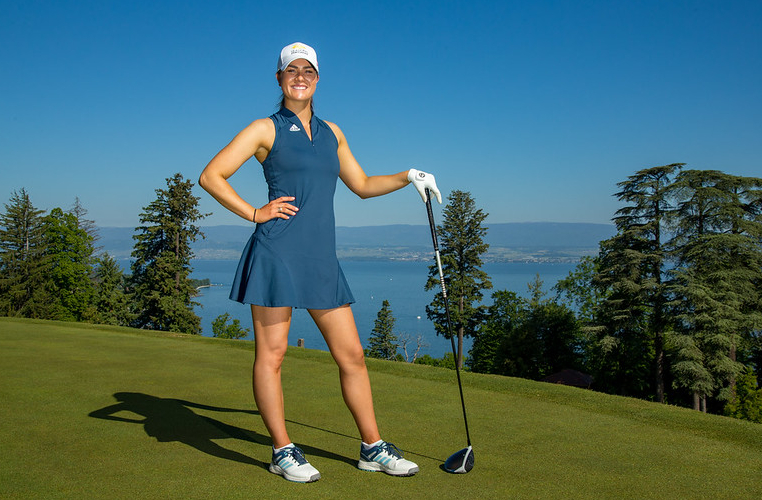 Defending champion Annabel Dimmock is hoping to replicate the feelings she had during her 2019 victory at this week’s Jabra Ladies Open.

The Jabra Ladies Open was added to the LET Access Series (LETAS) schedule in 2017 and was a dual ranking event on both the LET and LETAS for 2018 and 2019, before returning as an LET event in 2021.

A place at The Amundi Evian Championship 2021 is an extra incentive for the field with the winner or the first player not otherwise exempt securing qualification to the Major tournament.

Back in 2019 it was England’s Dimmock who held off French amateur Pauline Roussin Bouchard to clinch her first LET title by one shot.

She said: “I love the course and I love the place. Being back at Evian brings back some good vibes after having my first win here. I remember back in 2019, I didn’t have good form coming into the tournament, so it was massive plus for me winning – I wasn’t expecting it! It was the highlight of my career so far.”

“I don’t feel much pressure playing here because it’s the start of the season and only my second event of the year. I’ve been playing well but my results haven’t been showing and that was similar to what was happening in 2019. I’ve never defended a title before so I’m excited to do that and I feel confident being here.”

Dimmock began her 2021 LET season last week at the Ladies Italian Open where she made the cut and finished T50.

The Englishwoman will have her dad on her bag this week and she is relishing the chance play in familiar surroundings.

She added: “I’m going to enjoy the opportunity to defend, and my dad is caddying here for me this year. I’ll be able to tell him where I played some shots and where the celebrations happened in 2019.

“To get a win this week would be amazing! But it’s early in the season and I want to play well, hit some good shots and hopefully post some good scores. I’m hoping I can channel the feelings I had in 2019. For the 2021 season I would love to get another win and work my way up the rankings on the Race to Costa del Sol.”

Dimmock isn’t the only former champion in the field as French duo Isabelle Boineau (2017 winner) and Astrid Vayson de Pradenne (2018 winner) will both tee it up at Evian.

The winner of last week’s Ladies Italian Open Lucie Malchirand, who turned professional following her victory, will be playing alongside Dimmock and 2020 LET Rookie of the Year Stephanie Kyriacou.

Thailand’s Atthaya Thitikul, who holds the record as the youngest winner on the LET, starts her first LET tournament of the season and she is in a group with 2020 Investec South African Women’s Open champion Alice Hewson and 2019 Hero Women’s Indian Open champion Christine Wolf.