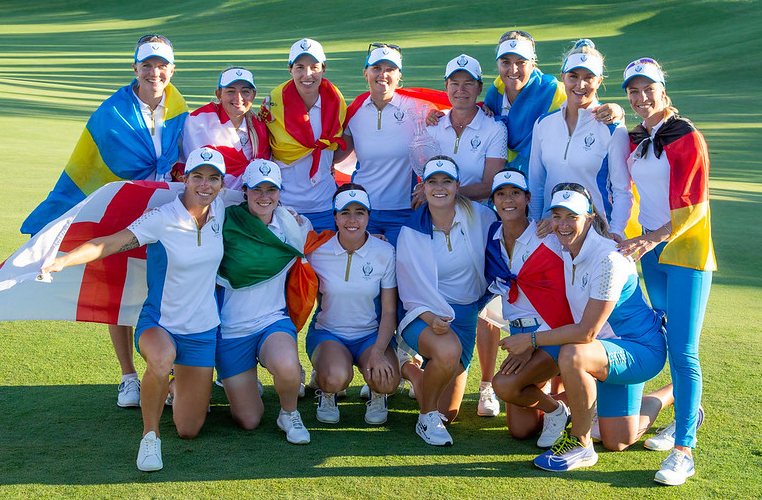 As part of the Sunday Times Sportswomen of the Year Awards 2021 in association with Sky Sports, the triumphant European Solheim Cup Team has been shortlisted in the team category.

The awards, which are in their 34th year, sees the outstanding contribution made by elite performers, coaches, administrators, community volunteers and inspirational women recognised and celebrated.

In the Sky Sports Team of the Year Award category, the Solheim Cup heroes were named on the shortlist which celebrates the achievements of Britain’s successful collective efforts.

Team Europe secured a second Solheim Cup victory on US soil at the start of September as they clinched a 15-13 win over Team USA at Inverness Club in Toledo, Ohio.

It was a second consecutive victory for many of the team including Charley Hull and Georgia Hall, as well as Captain Catriona Matthew – who became the first European captain to win back-to-back Solheim Cups.

The Sky Sports Team of the Year is decided by the public, voting is open and closes at 12pm on Wednesday November 17th, 2021 and votes can be cast here.

The winners of all the awards will be revealed at an online ceremony on the evening of Thursday November 25th.