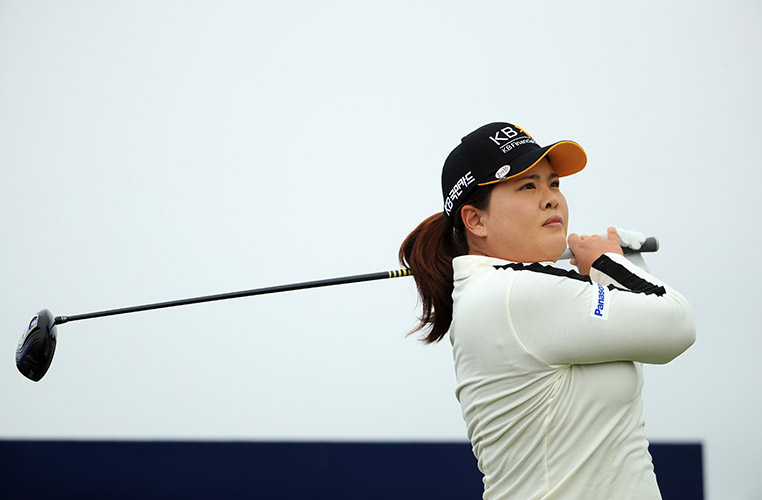 The final round of the AIG Women’s Open is underway, with only a few hours to wait to crown the first major champion of the year.

With benign conditions for most of the morning at Royal Troon, it has been birdies galore on the front nine with several of the chasing pack making a flying start.

Starting the day eight shots back, Inbee Park is making the biggest move, reducing Popov’s lead to four. The grand slam winner has made as many as five birdies on the front nine and is confidently climbing the leaderboard.

A former winner of this event and seven-time major champion, Park is the biggest name attempting to reel in Germany’s Popov, who Is yet to win an LPGA or LET event.

South Africa’s Ashleigh Buhai, who finished 5th last year at Woburn is four-under par for her round through 13 holes and may run out of time to catch the leader.

The Race to Costa Del Sol leader Emily Kristine Pedersen, however, has time on her side and is making a move of her own.

The 24-year-old Dane may have finished with a couple of late bogeys to close out day three but is three-under par through six holes to get to one-under-par for the championship.

Speaking of flying, Johanna Gustavsson and Michele Thomson made haste in the first pair of the day, completing their round in three hours and 12 minutes.