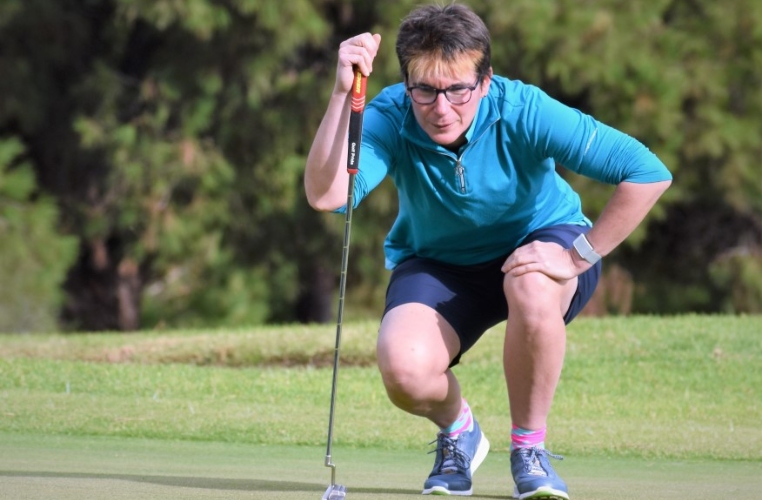 The stars of the LET won’t be the only ones competing at Skaftö Golf Club this week, as G4D (Golf For Disabled) players will also be coming to Sweden with a separate trophy on offer over the weekend.

Eight of Europe’s best golfers with disabilities will be competing across the weekend in a 36-hole team mixed format competition in Sweden, with four men and four women competing in the hope of raising the G4D Skaftö Open trophy aloft on Sunday.

It is a momentous occasion for everyone involved in the competition this week, with the Ladies European Tour and EDGA (formerly the European Disabled Golf Association) coming together to have a G4D competition running alongside an LET event for the very first time.

Golf is a sport that is for everybody, and Skaftö Open promoter Reine Patriksson is very passionate about giving everybody the chance to showcase their talents on course.

“It’s great to be able to expose golf for the disabled during live broadcast in a large arena,” he said.

Daphne Van Houten is one player who is no stranger to LET events, having already competed in the field at the Big Green Egg Open in her native Netherlands earlier this year.

The 24-year-old is the current European Golf Association’s Champion Women Golfer with Disability Champion, and has been a constant force at the top of leaderboards across Europe for the last few years, with numerous titles to her name.

Also in the field is Danish talent Mette Wegge Lynggaard, who has experience playing for the Danish national team, earning them a seventh-placed finish at the European Team Championships earlier in the summer.

Germany’s Jennifer Sraega has experience competing on the big stage before, having competed at the ‘Diversity Cup’ in 2019, which is played alongside the Solheim Cup, while Aimi Bullock will be flying the flag for England over the weekend.

Bullock was part of the England team that won bronze at the European Team Championships earlier this year, while also competing in the pro-am at the AIG Women’s Open this month, where she teed it up alongside Hannah Green.

On the men’s side, World Number 15 Rasmus Lia will be looking for a strong performance in Sweden this week, with all four male competitors all looking forward to teeing it up on home turf.

Lia comes into the weekend in good form, having finished second to Johnny Granberg in the Folks Paragolf Tour last weekend, and will be looking to go one better in his homeland this time around.

Alongside Lia in the field is compatriot Joakim Björkman, with the illustrious Swede looking to add to his 35 titles this week. After an impressive T24 showing at the US Adaptive Open earlier in the year, Björkman will be ready to dazzle under the spotlight of competing at home this week.

Felix Norrman went even better finished second at the US Adaptive Open earlier this year which has seen him reach #26 in the World Rankings heading into the week, while Marcus Malo was also part of the Swedish team to finish in second place at the European Team Championships earlier this year.