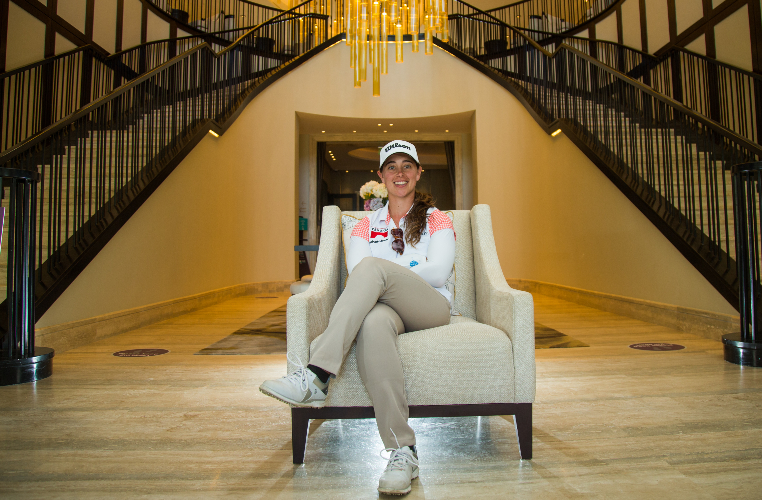 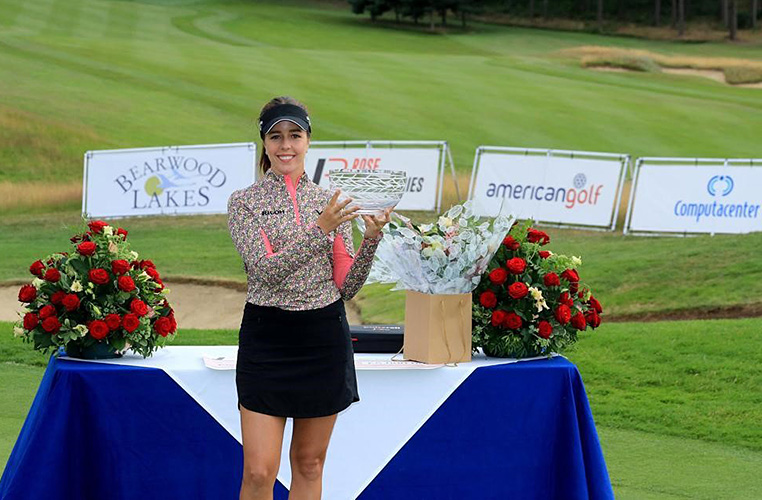 Georgia Hall played a flawless back nine at Bearwood Lakes to win her first title in the Justin Rose Ladies Series. The 2018 Women’s British Open champion carded a round of one-under-par 71 to finish a stroke ahead of six other players and move into second place on the American Golf Order of Merit, just behind Charley Hull.

Hall bounced back from two bogeys in her first four holes with a pair of birdies and the fifth and eighth, but dropped another shot at the par-3 ninth to go out in one-over 37.

The 24-year-old from Parkstone in Poole said afterwards: “It’s awesome that I’ve won. I’ve played in three events previously and come second three times, so I’m very happy to win and get the job done today.

“I didn’t start off great. I was two over after four or five, but I just stayed really patient out there and calm, so I think that was my main focus for today. On the back nine, I had three or four putts which were around eight footers for par and the pins were very hard today, so I holed a lot of good putts which was great.

“Length-wise, the course was playing fairly short and the green speeds were the quickest that we’ve had so far. Some of the pin positions were extremely hard, so that was the main point which stopped the scores from creeping low.”

Whereas Hull has played in all six Rose Ladies Series events, Hall has now played in four, at The Buckinghamshire, Royal St. George’s, JCB Golf and Country Club and Bearwood Lakes over the last month. She thanked Justin and Kate Rose for getting behind women’s golf.

“The Rose Ladies Series is fantastic and gives me something to practise for every week. It’s something to aim for and it’s good that all of our players can play competitive rounds every week and it’s a good warm-up for the Scottish and British,” she said.

“It was very thoughtful of Kate and Justin to do this. All the hard work that they’ve put in behind it is fantastic and hopefully this series can continue for years to come.

“It’s prepared me as well as it could have done for getting back to play. It’s obviously been hard after Covid but playing competitively can only help improve my game.”