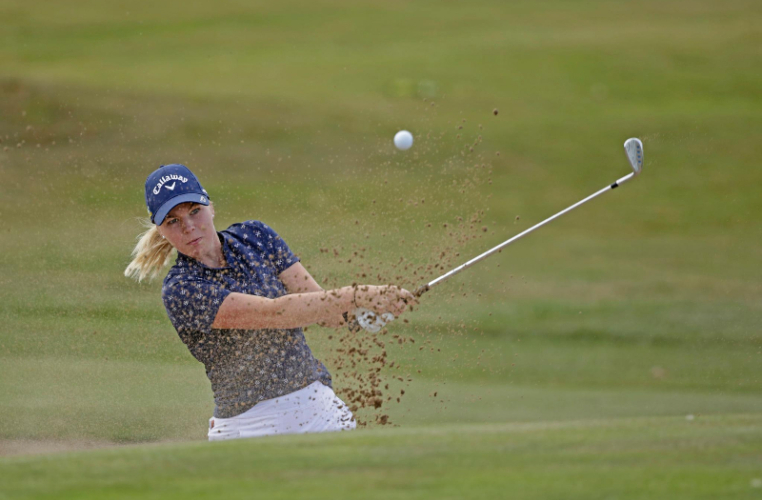 Sweden’s Sofie Bringner secured her LET card for the 2022 season by finishing fifth on the LET Access Series Order of Merit.

Bringner won the Swedish Matchplay Championship back in July and proved to consistent in the rest of the season to clinch her card.

We spoke to Sofie about how she started playing golf, her hopes for the future, winning at home in Sweden and much more.

What is your hometown? Gothenburg

What is your home course? Hills Golf Club

I didn’t like golf in the beginning. I first went to a golf course because my father took me along with him. He played a lot at this time, so I went along but I didn’t like it. I thought it was much better to eat ice cream when my dad was practicing.

I played a lot of sports when I was younger. It was when I was approximately 13 years old that I chose to only play golf. At the time, I also started to compete in some junior golf tournaments and play a bit more.

I didn’t want to go to college. When I finished high school, other people were talking about going to college, but I didn’t think that was something for me. So, I decided to turn professional instead of going to college.

I played LETAS as an amateur. That was when I first heard about the LET Access Series, and I played some of the events they had in Sweden. They are very nice tournament to play with good players but also a familial atmosphere. It allows you to learn a lot before you take the next step.

Winning in Sweden was so special. It was my first win as a professional, so I had been waiting for that moment for such a long time. But also, to be able to win the Swedish Matchplay Championship on home soil was something I will never forget.

I’m finally there. Playing on the LET has been a goal of mine for a very long time and it means a lot to have finally made it and be able to play on the LET. My golf was good during the whole of the 2021 season on LETAS. The fact I finished in the top-6 against so many great people gives me some confidence for next season.

I want to win again. Some of my next goals are to first of all play well on the LET in 2022 and then hopefully win on that Tour. After that, I would love to be able to go and play on the LPGA – that would be a future goal of mine.