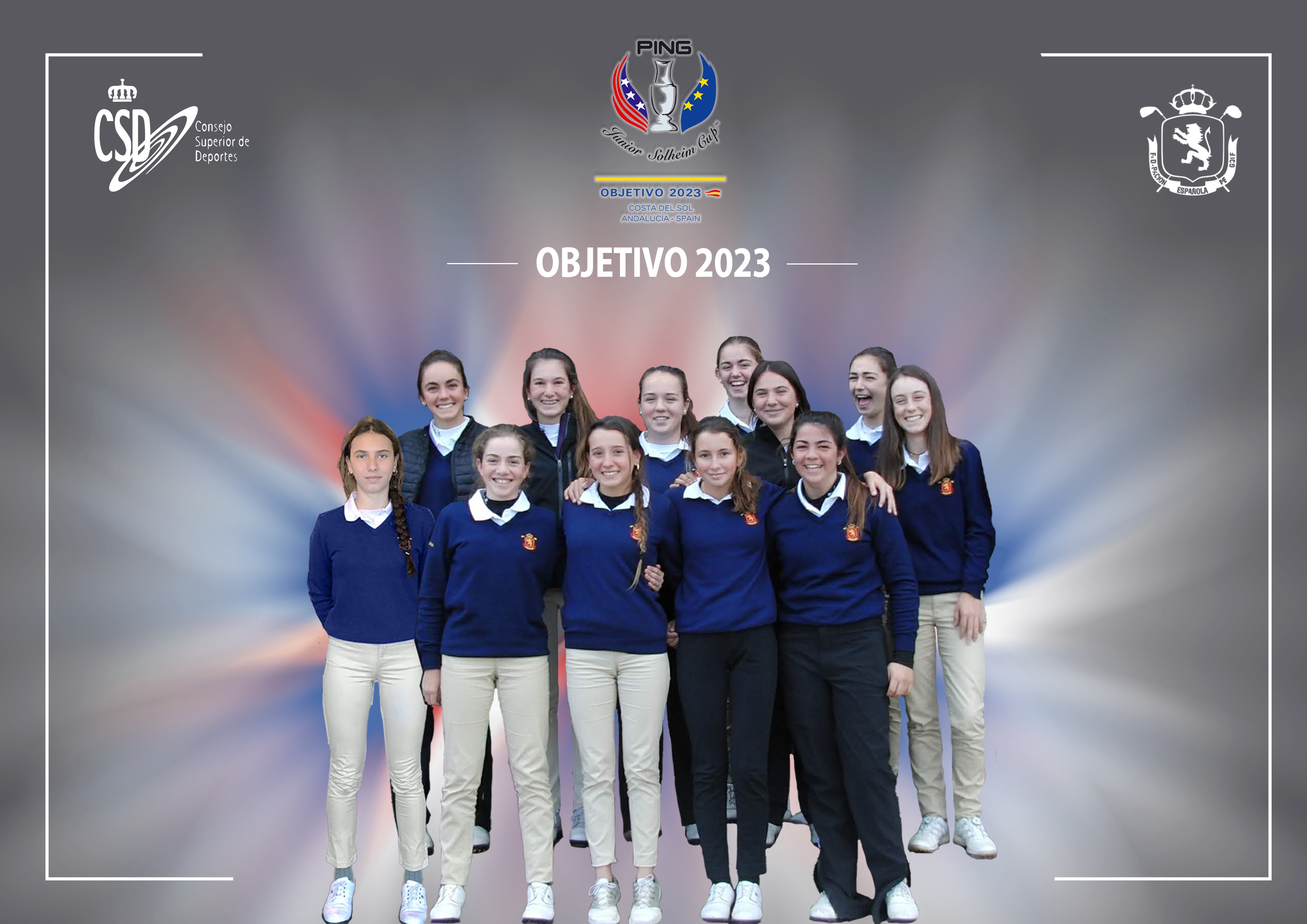 Two players eligible to participate in the 2023 PING Junior Solheim Cup – born in 2005 or later – will travel to Ohio in September to get to know the competition first-hand.

Representing your country and continent in a unique international competition like the Solheim Cup, a duel between the women’s teams of Europe and the United States every two years, is a priority target for any high-level player. Soaking up the atmosphere and the spirit of the tournament is also a unique and unmatched experience.

All this will be available to the participants in the Goal 2023 programme, an initiative promoted by the Spanish Golf Federation (RFEG), in coordination with the company Deporte & Business, which will offer the best qualifiers the chance to live a magical week at the Solheim Cup which is to be held this year in Toledo, Ohio (USA).

The RFEG and Deporte & Business have launched this programme to improve the performance of elite female golfers and encourage competition among the youngest female golfers with the option of qualifying for the European team of the PING Junior Solheim Cup 2023, which will be held on the Costa del Sol as a prelude to the 2023 Solheim Cup and which will take place in Finca Cortesín, Andalusia, for the first time in history in September 2023.

To this end, throughout the 2021 season a ranking will be established to achieve all the objectives set within the programme, whose rules and operating system will be based on the criteria used by the RFEG Junior Technical Committee for National Junior Ranking 2021 as set out in RFEG Circular 65/2020 dated 23 December 2020.

The first two classified in the ranking at the end of the final event will enjoy a trip supervised by the Spanish Golf Federation to the PING Junior Solheim Cup 2021 to be held on September 1 and 2 in Ohio (USA), where they will share time and experiences with the European Team of the PING Junior Solheim Cup 2021 and then feel the excitement of living the most important women’s competition in the world, the Solheim Cup, which will be held from September 4 to 6 at Inverness Club.

The 2023 Solheim Cup, an event of exceptional public interest whose official venue is Finca Cortesín, is sponsored by PING, Costa del Sol and Rolex as global partners; and by Andalusia, Acosol, the City Council of Marbella and the City Council of Benahavis as official partners. Solán de Cabras, Eversheds Sutherland and Casares City Council are official suppliers. Marca and Radio Marca are official media. LET, LPGA, RFEG, RFGA and Deport & Business collaborate in their organisation.