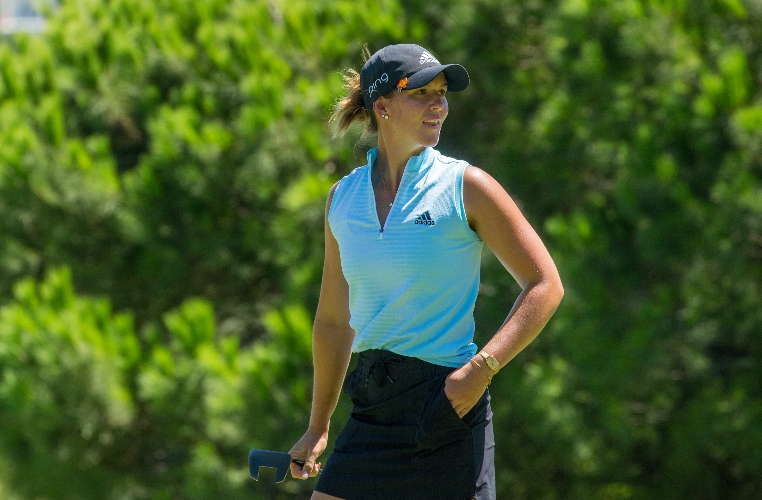 What a difference a year makes.

At the 2021 Didriksons Skaftö Open, two budding young Swedes were eager to make their professional debut on the Ladies European Tour, and were ready for whatever life on the road was going to throw at them.

It’s probably fair to say that even in their wildest dreams Maja Stark and Linn Grant would have struggled to imagine what the last 12 months would have had in store for them after that week on the Swedish West Coast.

Eight victories and countless top ten finishes later, the duo return to the course where it all began this week, with another trophy in their sights.

Playing at home is always special for any golfer, and for Grant and Stark it is a welcome return home after a number of weeks on the road.

Grant said: “I always enjoy coming back to Skaftö, I’ve been here a few times with the Swedish national team as an amateur, but it’s a different golf course playing it as an LET event and having to perform.

“The weather is a lot better this time, I remember playing the pro-am last year in hats and vests.

“It’s a tricky course, I feel there’s a lot of holes where you want to get close to the green because you can reach, but then is that the best for me? Probably no.

“Last year I remember I had to step back a bit and relax and remember I can make birdies even if I don’t go for the green in two, but there are a lot of opportunities to score well if you play the game right.”

The Swedish duo have been the talk of the town ever since they got started on tour 12 months ago, with Stark claiming two titles within her first four starts as a pro, with victory at the Creekhouse Ladies Open and Estrella Damm Ladies Open in 2021.

Grant then claimed her first professional victory on tour at the Joburg Ladies Open at the start of 2022, before winning the Mithra Belgian Ladies Open and following up with one of the stories of the year for 2022, as she claimed success in the Volvo Car Scandinavian Mixed.

Rather than rewrite the history books, they were torn up and thrown away after her resounding victory in Halmstad, with the whole golfing world standing up and taking notice as she blew the rest of the field away on home soil.

Looking back now, Grant admits the whole experience is more than she could have even imagined when she took hr first tentative steps into the professional environment.

“If we did this interview a year ago I would never have expected to have had the year that has happened, but I think I’m just going to keep setting myself goals and try to achieve as many of them,” she said.

“The experience of playing in Halmstad or playing here are so different but then give so much in different ways. Halmstad was almost surreal, whereas playing here in front of a Swedish crowd and feeling at home makes it special.”

Two more successes for Stark followed at the Amundi German Masters and the ISPS Handa World Invitational, as she stole the limelight in the try-sanctioned event alongside the LPGA and DP World Tour.

That has made for an exhilarating battle at the top of the Race to Costa Del Sol leaderboard throughout 2022, with Stark holding a lead of over 500 points as we head into the final stages of the season, but Grant is confident she can take the race right down to the wire.