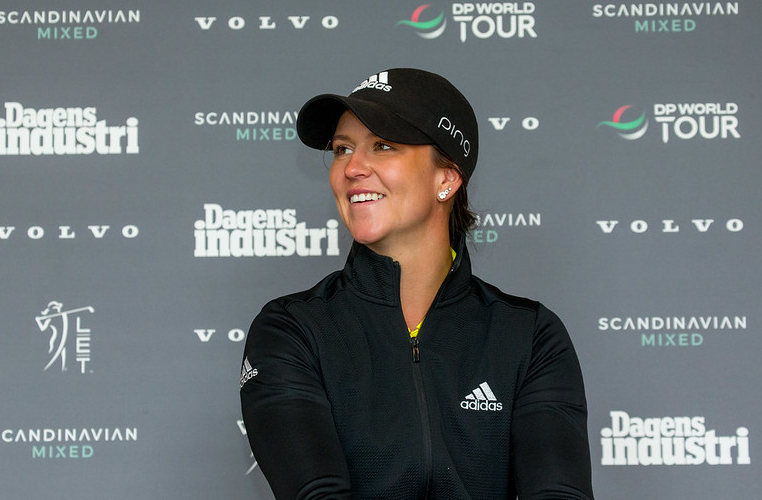 This time last year, Linn Grant was an amateur playing in the inaugural edition of the Volvo Car Scandinavian Mixed having been invited by Annika Sörenstam to compete.

Fast forward to now and the 22-year-old is a professional with two LET wins to her name and will be teeing it up alongside Sörenstam for the first two days at Halmstad Golf Club.

And despite having met the Swedish superstar, Grant is still feeling nervous about playing with a legend of the game.

“I guess it will be quite scary actually,” she said. “I have never seen her play and never played with her before, I have met her a couple of times. It will be interesting and I’m sure there will be a lot of people watching.”

Grant sits third in the 2022 Race to Costa del Sol, having won the Joburg Ladies Open in March and she followed that up with victory at the Mithra Belgian Ladies Open just a couple of weeks ago.

And the former Arizona State University player can’t quite believe what has happened since she turned professional last summer.

“A crazy high rollercoaster – it has been really amazing! If someone had told me the day I turned pro that this was going to be my year ahead,” she continued.

“I would take it and run probably. It has been super fun to get to experience everything and come out and start on Tour and win.

“I think I was part of a group of girls in Sweden who had been preparing for this for a couple of years now. We had done a really good work with our coach, and we had the right back up for it and right training.”

The Volvo Car Scandinavian Mixed is a co-sanctioned event between the LET and DP World Tour and it sees 78 men and 78 women playing for the same prize fund of US $2 million and one trophy with Henrik Stenson and Sörenstam as hosts.

Halmstad Golf Club played host to the 2007 Solheim Cup and three players in the field this week were part of Team Europe with Sörenstam alongside compatriot Linda Wessberg and Wales’ Becky Brewerton.

Grant has played the course a few times this week and admits it will be a tough test especially if the weather comes into play.

She added: “I think it is quite narrow, it is a bit scary. It looks good. The fairways are quite soft, but the greens are pretty firm, and I think the wind could make it a bit tricky because there are so many trees, and it swirls around a bit. I think it will be a tough course.”

After her victory in Belgium, the two-time LET winner took a week off and spent some time back home before the Volvo Car Scandinavian Mixed.

And despite the win still being fresh in her mind, Grant acknowledges that golf is a process, and she is still trying to find her swing for the week ahead.

“Even though I won two weeks ago, I think golf is always changing and I have been on the range and the swing thoughts I had a couple of weeks ago are gone, which is sad,” she explained.

“It is almost like you have to find something new and I haven’t found it yet, so I will go to the range and try and find it before tomorrow.”

Northern Ireland’s Jonathan Caldwell, who won last year’s tournament, returns this week as does England’s Alice Hewson, who was the best-placed female in 2021.

The top nine in the 2022 Race to Costa del Sol are in attendance including number one and two Maja Stark and Johanna Gustavsson.