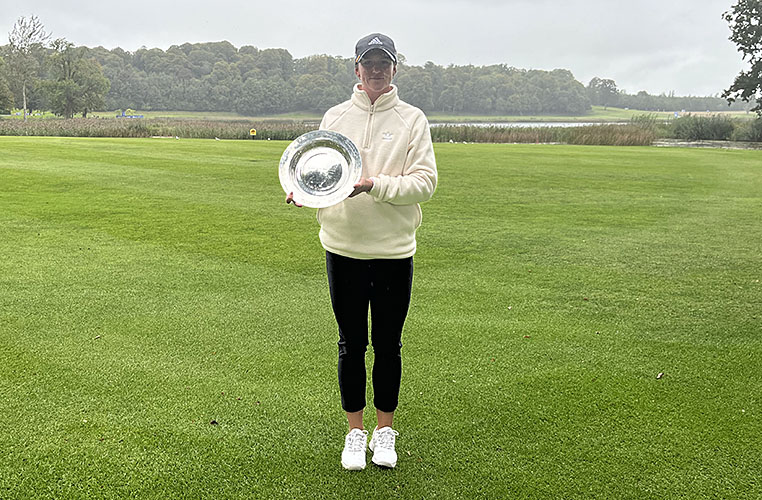 Sweden’s Linn Grant is the 2022 ‘LET Rookie of the Year’ after an impressive first year on Tour and follows in the footsteps of fellow Swedes and Major winners Annika Sörenstam and Anna Nordqvist in winning the prestigious title.

With three events remaining on the Ladies European Tour (LET) season, the Swedish sensation has accumulated 3,394.91 points from 16 events and has an unassailable lead in the season-long competition and becomes the eighth Swede to claim the title.

After securing her card at last year’s Q-School, Grant got off to the best start possible on the LET winning the Joburg Ladies Open in her first start as a member of the Tour before following that result with two top-10 finishes at the Investec SA Women’s Open and Madrid Ladies Open.

At the end of May, Grant continued her consistent form and was triumphant at the Mithra Belgian Ladies Open winning her second LET title of the year before making history in her homeland by winning the Volvo Car Scandinavian Mixed – becoming the first female winner on the DP World Tour.

The former PING Junior Solheim Cup player then added two further top-10 finishes in June in the individual event at the Aramco Team Series – London and at the Amundi German Masters.

Grant secured her best-ever finish in a Major with a 64 (-7) in her final round at The Amundi Evian Championship to be tied for eighth place and she also finished T19 at the AIG Women’s Open a few weeks later.

Two more top-10 finishes came at the ISPS Handa World Invitational and the Aramco Team Series – Sotogrande before she clinched her fourth victory of the season at the Skaftö Open.

“I have really enjoyed my rookie season on the Ladies European Tour, getting to know all of the players and of course winning four times,” said the 23-year-old.

“It has been particularly special this year to be able to win at home twice in front of friends and family in Sweden with my victories at the Volvo Car Scandinavian Mixed and the Skaftö Open.

“It’s nice to win the Rookie of the Year title and join the list of prestigious players who have previously claimed the title. I’m looking forward to ending the season in Spain and battling it out with Maja [Stark] for the 2022 Race to Costa del Sol title.”

With the season-long Race to Costa del Sol title still up for grabs, Grant still has the opportunity to become the fifth player to win both titles in the same season and she would be following in the footsteps of Dame Laura Davies, Carlota Ciganda, Esther Henseleit and Atthaya Thitikul.

The 2022 Race to Costa del Sol is going to go down to the wire as Grant continues to lead the standings but compatriot Maja Stark has closed the gap significantly and is now only 69.77 points behind.

The LET season continues this week with the Hero Women’s Indian Open before the Aramco Team Series – Jeddah in two weeks’ time and the year culminates in the season-ending Andalucía Costa del Sol Open de España at the end of November.