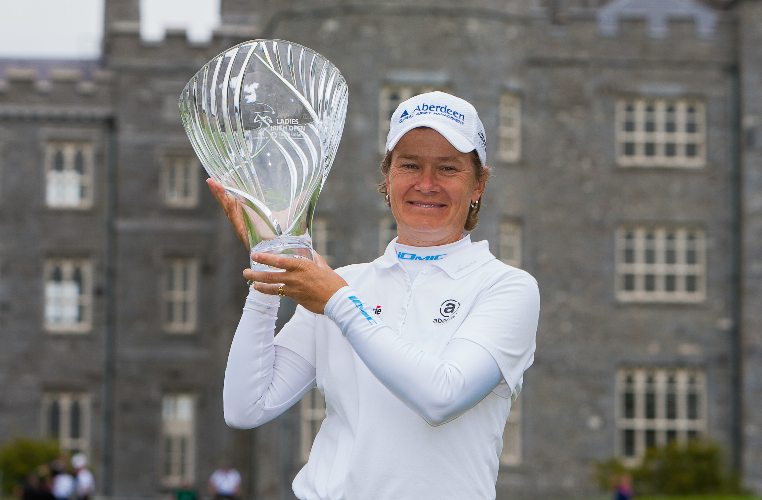 Fast forward ten years and the Ladies European Tour (LET) is back in Ireland for the first time since that tournament with the 2022 KPMG Women’s Irish Open being hosted at Dromoland Castle.

And the two-time Solheim Cup winning captain is looking forward to being back in Ireland and playing on the LET.

“It’s lovely to be back in Ireland,” she said. “I hadn’t realised it has been ten years since Killeen Castle, it’s lovely to back and it’s a nice golf course.

“I played the whole 18 now in the Pro-Am and I think it’s going to be a tricky golf course. The front nine is tricky off the tee and the greens are difficult. I’m really looking forward to it and there’s a real buzz about the tournament and it looks like we’re going to have some good crowds.

Matthew will be teeing it up alongside Ireland’s Leona Maguire and Spain’s Ana Peláez Trivino at 12.55pm local time from the 1st tee.

And the six-time LET winner believes having the Irish star playing in front of her home crowd at her home open is a real draw.

She continued: “It’s fantastic for the event having Leona playing after her Solheim Cup debut last year and then winning on the LPGA Tour this year. She’s the star player here this week and the one everyone wants to come out and watch.

“It’ll be fun playing with Leona, I haven’t really seen her much since the Solheim Cup – I don’t know if I want to be in a marquee group myself with my golf, but it’ll be good fun.”

Dromoland Castle is the venue for this week’s tournament, which sees 126 players compete in a 72-hole stroke play competition.

Having played the course, Matthew believes it will be a challenge but there is definitely opportunity to make birdies.

She added: “The front nine, I think it is more the tee shots because a lot of the fairways camber and kick and it’s just trying to get your tee shots in the right place.