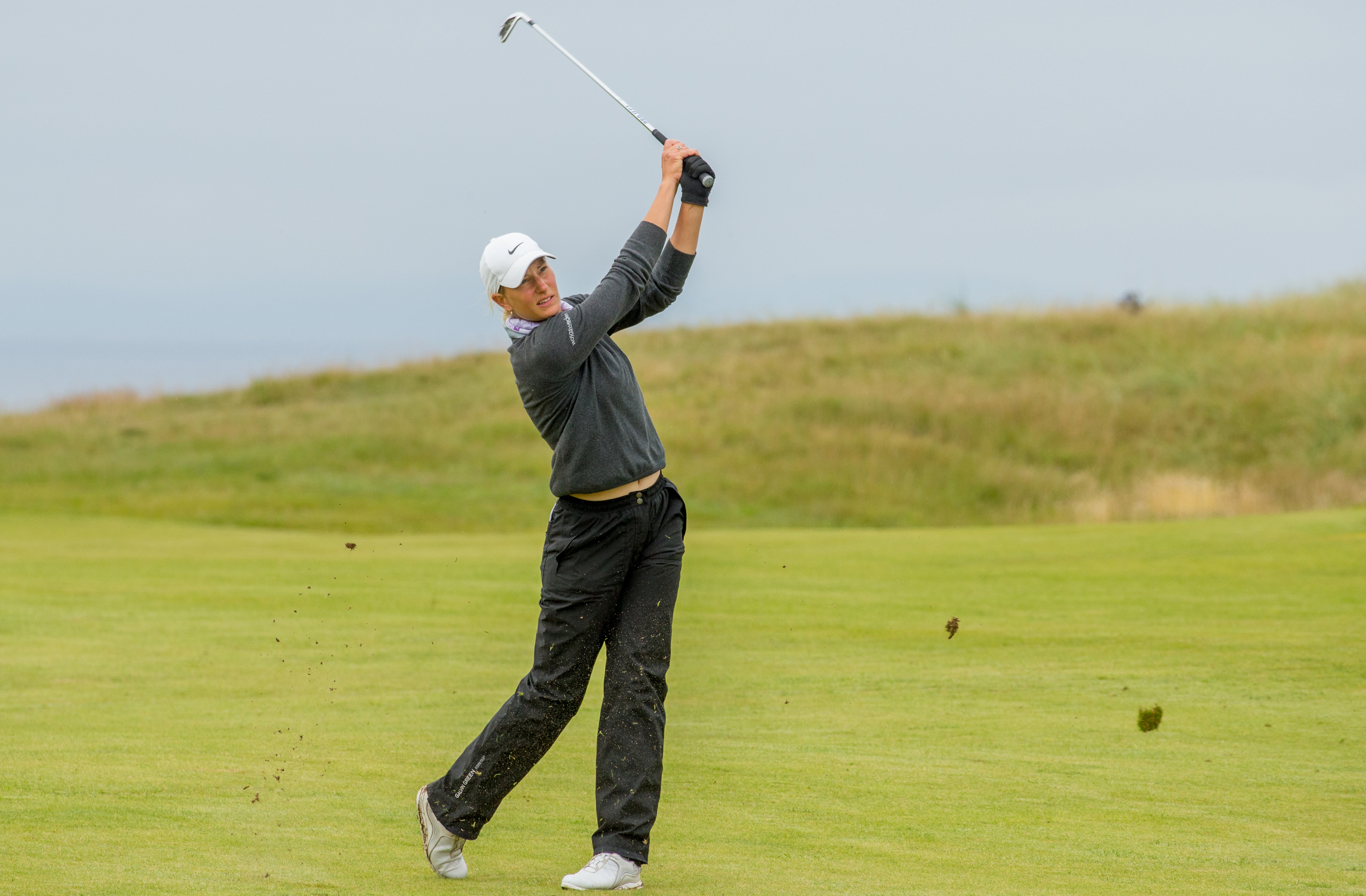 Sweden’s Johanna Gustavsson claimed the first of 22 qualifying spots up for grabs for next week’s AIG Women’s Open, recording two consistent rounds of 70 and 71 over the first two days at the Aberdeen Standard Investments Ladies Scottish Open.

In the absence of a qualifying tournament, the final 22 places in next week’s field were on offer at Renaissance Golf Club with the top performing players who make the cut, and who are not already exempt, qualifying for the major championship.

As it played out, 15 players that were not already exempt made the cut with the likes of Scotland’s Kylie Henry and Michele Thomson part of the group to book their place at Royal Troon, with Thomson making the cut on the number after an impressive second round 69 (-2) which proved to be the third lowest score of a difficult day on the links.

Other notable LET members to qualify include England’s Eleanor Givens, Welshwoman Becky Morgan and India’s Tvesa Malik, who will be making her Women’s Open debut.

China’s Muni He also booked her first visit to the Women’s Open along with LPGA rookie, Haley Moore, who has been impressing in the USA.

The remaining seven spots were then awarded to the highest Rolex Ranked players, who were not already exempt and missed the cut, which enabled the likes of former Solheim Cup player Alison Lee, Australian Sarah Kemp and former Women’s Open Smyth Salver winner Luna Sobron Galmes to qualify.

In total, 12 nationalities were represented from the 22 qualifiers.

For more information on the field, please visit – https://www.aigwomensopen.com/field