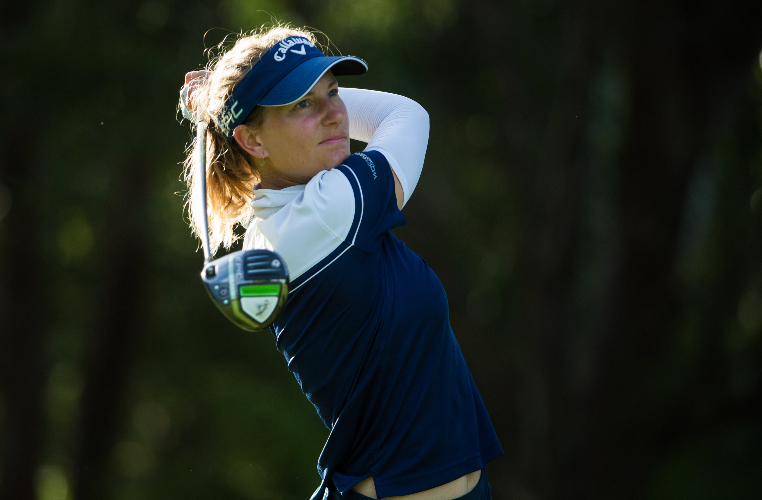 They often say the key to golf is consistency, and that is something Johanna Gustavsson has made the most of at the start of the 2022 season.

The Swede has been a constant challenger at the top of the standings in the first ten events of the year, and already has three second-placed finished under her belt after some stellar performances.

The third of those came last week at the Aramco Team Series – Bangkok, as she finished three shots behind champion Manon De Roey in Thailand, which saw her add to her runner-up finishes at the Aramco Saudi Ladies International and Women’s NSW Open earlier in the year.

It’s no surprise then that the Swede is feeling confident in her game ahead of the Jabra Ladies Open presented by Bitstamp this week, as she continues to search for her maiden LET tournament victory.

“I’m playing quite solid at the moment, and I’m looking forward to being in France and just keep working on the putting,” Gustavsson said.

“The putting has been decent I would say. I holed a lot of putts in the middle of my final round in Thailand, which was nice. I thought I got through it pretty nicely and I’m proud of that and happy with it.”

A number of strong finishes sees Gustavsson sit second in the Race to Costa Del Sol rankings heading into this week’s event, as she trails compatriot Maja Stark by 323.50 points.

And she has even more incentive to try and get her first victory on tour this week, with her wedding scheduled for next weekend, and what better way to celebrate than with a victory in France?

She continued: “I am excited. We do look forward to it, spending some with family and friends as well, and just have a nice day celebrating love.”

Last week in Bangkok also saw Ana Peláez continue her impressive form, as she backed up her victory at the Comunidad de Madrid Ladies Open with a T5 finish in Thailand, with a final round 69 (-3) moving her up the leaderboard on Saturday.

The effervescent Spaniard rattled in four birdies in her final six holes to get herself into a promising position by the end of the week, as she got her eye in on the greens and started making crucial putts.

And after a roller coaster couple of weeks, which saw her make last minute plans to play in Thailand after her victory in her homeland, Peláez is eager to continue her good form at a place that she knows well.

“Evian stole my heart when I played the Young Masters so I’m super-excited to come back and play the Jabra Ladies Open,” she said.

“Last week in the final round I looked up at the scoreboard and really wanted to finish in the top ten, so I got my stuff together.

“I was just patient and stuck to the plan that I had at the time, and it worked. I started to read the putts better so they started to go in so that helped a lot.”