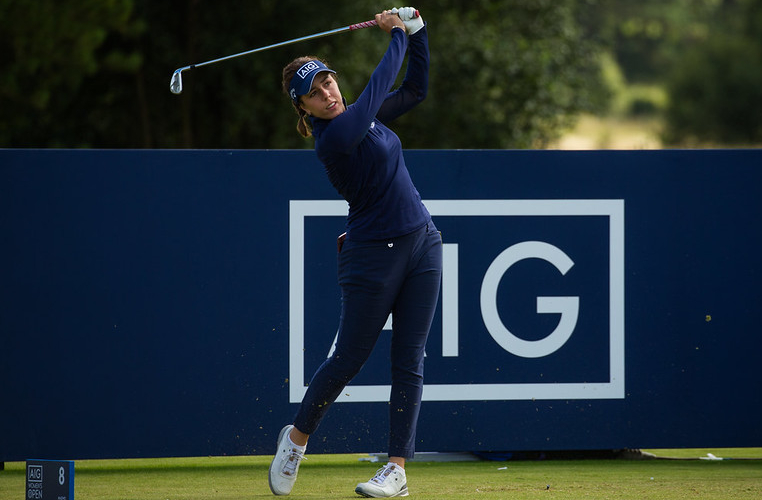 England’s Georgia Hall is thrilled to return to her ‘favourite event of the year’ as she gets ready to face a tough test at the AIG Women’s Open.

The 25-year-old has fond memories of the tournament after she claimed victory at the 2018 edition which took place at Royal Lytham.

Following her success Hall, who is number 43 in the Rolex Women’s World Golf Rankings, hopes to win another Major at some point in the future.

“It’s incredibly special to me, winning three years ago, and to win it again would be incredible, and it’s still my favourite event of the year. I mean, I don’t really think about that winning again. I’ll think about tomorrow first. But obviously to be crowned champion again would be amazing and that’s definitely one of my goals,” said the two-time Solheim Cup player.

Hall heads into this week having been on a successful run of form of late with top-ten finishes at tournaments in Europe.

With up to 8,000 spectators a day allowed at the AIG Women’s Open, Hall hopes the crowd will get behind the home players.

“I’m playing well coming into this week. I’ve had a run of a lot of golf but also good results. There are also a lot of players especially from Britain and England, playing well and playing in this event and so hopefully we’ll have the home crowd behind us,” she explained.

With windy conditions expected throughout the week at Carnoustie Golf Links, Hall is excited to be playing the course for the first time in ten years.

She added: “I played 18 holes today and it was a lot different golf course than yesterday, just based on the wind. I think every day is going to be different, and that’s what it should be, you know, British Open. I’m really excited to play. I haven’t played an event here in ten years, and yeah, I look forward to teeing it up tomorrow.”

Earlier today it was announced that the AIG Women’s Open had set a new benchmark for prizemoney in women’s golf with the prize fund increasing by $1.3 million to $5.8 million with the winner earning $870,000.

With the support of title sponsor AIG, the largest prize fund in women’s major championship golf will increase by a further $1 million to no less than $6.8 million in 2022.

Commenting on the announcement, Hall said: “It’s phenomenal and fantastic to hear that and that it’s actually happening. Week-in, week-out, we want to play for big prize funds, and it just recognises what an amazing event this is. To me, it’s the biggest event in women’s golf, and it’s great news for all our players.”

Hall begins her championship at 11.54 local time and is playing alongside American Megan Khang and Scottish amateur Louise Duncan.