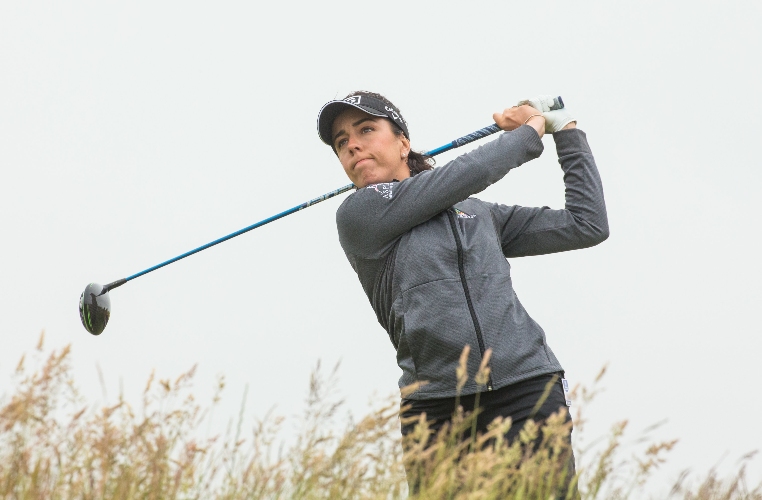 Major winner Georgia Hall is raring to go at Dundonald Links ahead of the 2022 Trust Golf Women’s Scottish Open.

The Solheim Cup star has had a solid season to date with a victory, a runner-up finish and a top-10 on the Ladies European Tour (LET) as well as other top-20 finishes on the LPGA Tour.

Coming off the back of a T8 at The Amundi Evian Championship, where the 26-year-old ended the tournament with a round of 65, Hall is looking forward to being back in the links golf environment.

“I’ve loved the changes they have done and the clubhouse, as well is a fantastic improvement. It just makes everyone have such a good week, and obviously the weather, you never know what was going to happen but, hopefully there is a bit of just Scottish weather. I’m looking forward to getting started tomorrow morning.”

Hall, who won the 2022 Aramco Saudi Ladies International on the LET in March, will tee it up at 8.32am local time alongside 2022 Race to Costa del Sol leader Maja Stark and two-time Major winner Minjee Lee.

And the 2018 AIG Women’s Open champion is happy with where her game is at ahead of two weeks in Scotland.

“I’ve had really consistent results, really good results, especially for the first half of my year,” she continued.

“I had a really strong weekend. I have done a few times there, Evian. I really like the golf course and I play well there, and obviously a great start to this run of events now.

“For this week I just try not to over prepare. It’s my favourite type of golf. I was really relaxed today. It is getting the speed of the greens and those punch shots keep under the wind, I feel very comfortable doing all of that. So, I’m really enjoying being at home.”

Hall is one player in the star-studded field at Dundonald Links which includes number one on the Rolex Women’s World Golf Rankings Jin Young Ko.

While American Ryann O’Toole is excited to return to the tournament as defending champion having triumphed at last year’s edition.

O’Toole explained: “I feel proud being the Scottish champion. The amount of people that have congratulated me, came up to me when I won and proud of me – it felt unbelievable. I cannot explain truly what it felt.

“To be the Scottish Women’s Champion, I would take it over any event. I would love to be the champion again this year. But to be honest, like I said, to know that golf is so important here in Scotland and then to be able to be that champion, it has meant a lot.”

Scotland is represented by five players with Louise Duncan, who had a breakout performance at the 2021 AIG Women’s Open, set to make her professional debut. The first round gets underway at 7.15am local time.