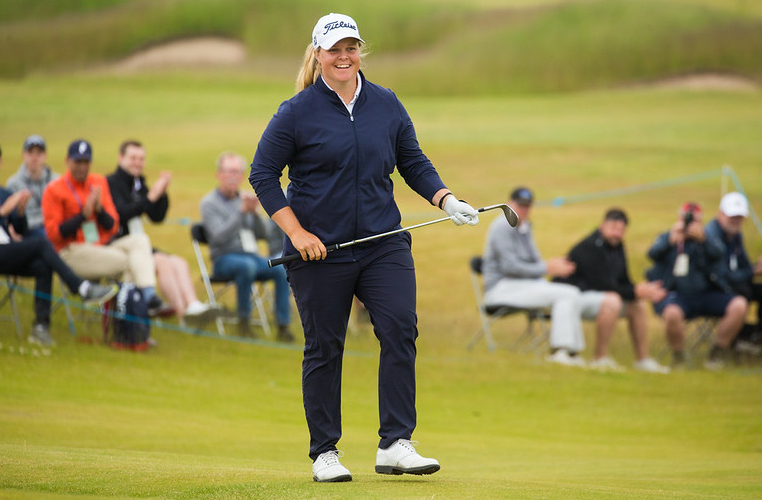 Sweden’s Caroline Hedwall fired a second round 64 to claim the outright lead at the Scandinavian Mixed and will take a one-shot lead into the weekend.

The Solheim Cup stalwart had an early start at Vallda Golf and Country Club, but she put it to good use making five birdies, two eagles and only dropping one shot.

Hedwall sits on 13-under-par and has a one-stroke advantage over Dutch golfer Joost Luiten, who she played with in the first two rounds.

The Swedish star said: “I was a bit lucky out there today. I made two eagles and made a bunker shot – it was very enjoyable! The first eagle was on 16 and I hit two really good shots into the green and a good putt.

“Then on number six, I hit a fairly poor iron shot into the green bunker, but I feel fairly comfortable. Yesterday I made a bunker shot there and hit a good one, and I made another one today.

“Hopefully, I get to play with Joost (Luiten) again, I really enjoyed playing with him the last couple of days. It is good being back in Sweden and I’m just going to try and enjoy myself.”

Luiten carded his second bogey-free round of the week making seven birdies to put him in second place on 12-under-par at the halfway point.

South Africa’s Darren Fichardt and England’s Steven Brown are T3 and sit one stroke further back from Luiten having fired a 67 and 68, respectively.

Pia Babnik, who played in a group with Hedwall and Luiten, shot a round of 66 and is 10-under-par heading into the weekend.

The 2021 Jabra Ladies Open champion made seven birdies and only dropped one shot, she said: “It was great to play with Joost (Luiten) and Caroline (Hedwall), we all played really well, and I really enjoyed it. I will try to play well over the weekend, like I did these past two days, and we will see what happens.”

It was another stellar performance for Kyriacou, who followed up her 68 in the first round with a bogey-free 66 today.

“It is so good to be back on the LET! The course is different to what we have been playing so it has been interesting. There are a couple of short holes which makes it good and when you get those birdies it boosts your confidence. Overall, it has been good,” said the 2020 LET Rookie of the Year.

“I have put myself in a good position heading into the weekend. I find it easier to chase than to have the lead. Being in contention is good, but the forecast doesn’t look great, so it is still anyone’s game.”

The co-leader after the first round Christine Wolf carded a level par 72 and sits T15 – five strokes adrift of Hedwall. While 2020 Race to Costa del Sol champion Emily Kristine Pedersen shot a 67 to move her up to seven-under-par and T24.

The cut fell at -3 with 71 players making it to the weekend including the four amateurs in the field.