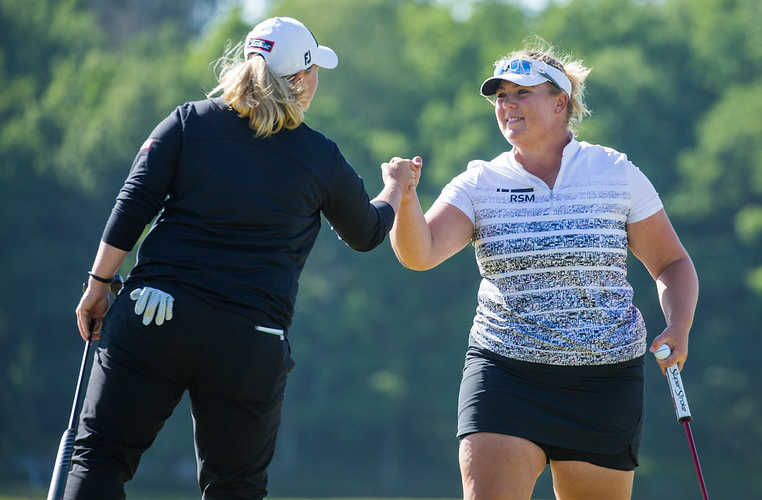 The Ladies European Tour season is well underway with the first four events of the 2021 calendar having taken place.

It is also less than three months until the 2021 Solheim Cup happens at The Inverness Club in Toledo, Ohio and the race to be part of Team Europe is heating up.

Following the Scandinavian Mixed, there have been plenty of changes in the LET Solheim Cup Points rankings.

Denmark’s Emily Kristine Pedersen, who had a fantastic last season culminating in her winning the 2020 Race to Costa del Sol, sits at the top of the standings with 118.88 points.

A big mover this week was England’s Alice Hewson who finished third at the Scandinavian Mixed and on top of her win at the 2020 Investec South African Women’s Open, she now has 70 points and is in second place.

In third place in the standings is Finland’s Sanna Nuutinen who has had a consistent start to the season with T8 in South Africa, T10 at the Ladies Italian Open, T3 at the Jabra Ladies Open and T18 at the Scandinavian Mixed.

Denmark’s Nanna Koerstz Madsen is still in fourth place with 61.25 points. Germany’s Olivia Cowan is one place below in fifth after her own consistent start to the season including T3 at the Jabra Ladies Open and T10 at the Scandinavian Mixed.

Solheim Cup stalwart Caroline Hedwall has moved up to sixth in the standings with T12 at the Investec South African Women’s Open and T18 at the Scandinavian Mixed in her homeland of Sweden.