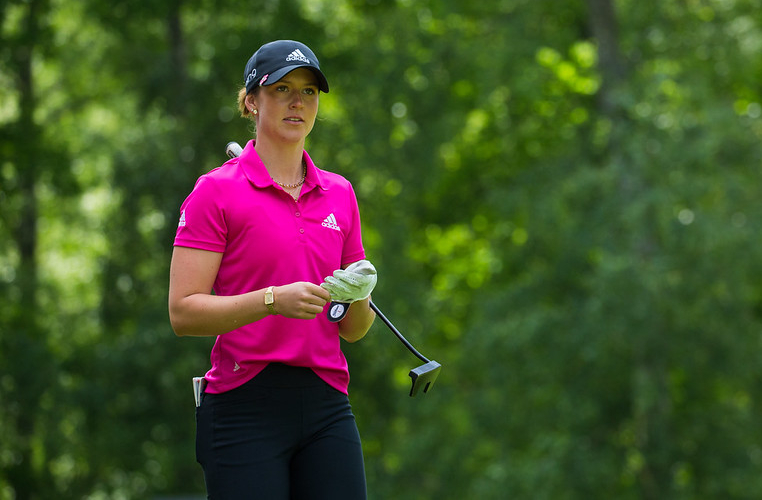 It was only on Sunday night that Linn Grant made history winning the Volvo Car Scandinavian Mixed and becoming the first woman to win on the DP World Tour.

But it wasn’t just a win, it was an emphatic triumph which saw Grant beat her nearest rivals, Marc Warren and Henrik Stenson, by nine shots at Halmstad Golf Club.

Since then, the Swedish star’s world hasn’t changed too much – apart from the added media interest and following on her social media accounts of course.

“I had absolutely no idea I would get so many requests,” said the 22-year-old. “I have done TV interviews and radio. It is so fun, but at the same time it is super overwhelming.

“It is a good thing to get this interest, so I am happy for that. I don’t think I have had any crazy requests come through.

“When the week started, before Thursday I had almost 8,000 followers and now, I have got over 24,000. It has been crazy. It’s absolutely insane.”

After driving home to Helsingborg on Sunday night, Grant didn’t have any time to celebrate her third LET victory of the season before heading to the airport – though she did have an unexpected visit from her grandma.

The 2017 PING Junior Solheim Cup player will play in the Aramco Team Series – London at Centurion Club and will be experiencing the format for the first time.

“I woke up at home on Monday and my grandma had taken the bus out,” explained Grant. “She is almost 80, and it was just to give me a hug which was sweet of her. It has been very calm except for Instagram and social media.

“It is difficult, I want to stay in the moment of last week, but I’m excited and it is my first Aramco Team Series event which should be really fun.

“I have heard it is a good vibe and I’m bringing my brother. Jonathan is on the bag; it is probably his first-time caddying so we will see how he does. He is excited and I’m excited.”

Grant sits second in the 2022 Race to Costa del Sol and has now moved up to 119th in the Rolex Women’s World Golf Rankings.

Ahead of her birthday and midsummer next week, the Helsingborg native wants to finish on a high in London.

“It is hard because we didn’t celebrate everything because I had to come here,” she said. “At the same time, I want to focus on this week. It is my birthday on Monday and then there is Midsummer at home, I want a good celebration week. I want to get through this week in a good way.”