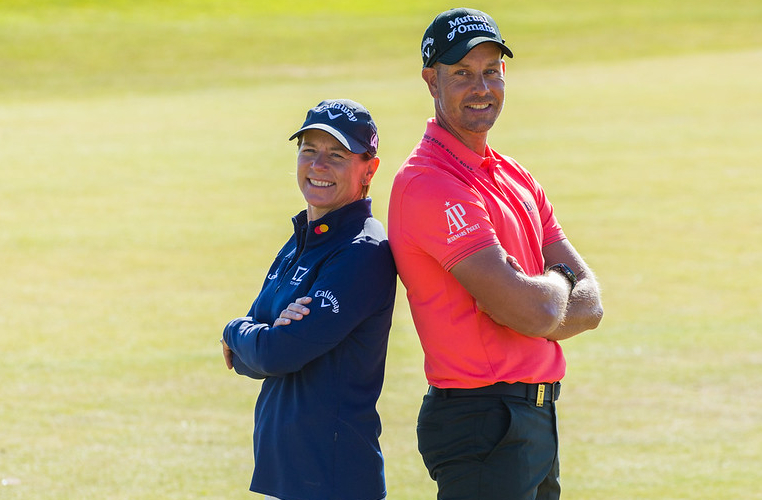 This week’s hosts Henrik Stenson and Annika Sorenstam are excited to be back in Sweden and at the forefront of an innovative tournament.

The Scandinavian Mixed will see 156 players – 78 men and 78 women – competing for one prize fund and one trophy.

Vallda Golf and Country Club hosts the tournament which will see the groupings for the first two rounds mixed with either two men and one woman or two women and one man.

Sorenstam, who won 17 titles on the LET, has been enjoying speaking to players around the course and can’t wait for the tournament to begin.

“I’m super excited to be here. This is fantastic, coming back to Sweden, and especially playing, it’s been 13 years since I hit a competitive shot in my home country so I’m really looking forward to a fun week,” said the ten-time Major winner.

“It’s an honour to host this event with Henrik and to come back to Sweden and to host this unique, historic event in our home country. This is a beautiful place and it’s just been fun to see and talk to some of the players. Many of them are excited. It’s fun to walk down the range and see the mixture of players and the interaction is really fun. I’m thrilled to be here and I’m looking forward to a wonderful week.”

Stenson, who won the 2016 Open Championship at Royal Troon, hopes the format will allow golf to be seen by a new generation of players.

“We get to inspire the next generation of golfers in our country, which is something that both Annika and I are very passionate through our foundations and other initiatives,” said the five-time Ryder Cup player.

“It’s a brand-new concept, playing together with the girls, and to be doing that in our home country which is a leader in equality and done a lot of good things on that end. It’s an exciting week and to be part of that new format, I think it’s great to have that in Sweden. To be able to do that together with Annika is really something special.”