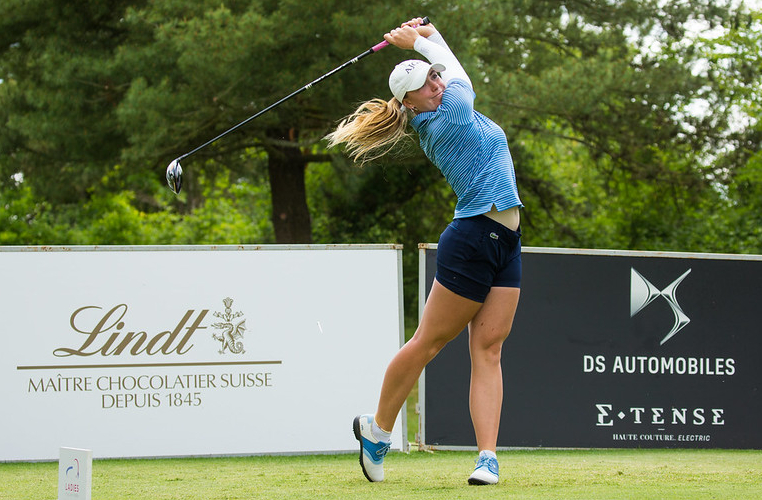 Golf Club Margara played host as the Ladies Italian Open returned to the LET schedule for the first time in seven years and it didn’t disappoint.

Malchirand laid down a marker on the first day and set the early pace posting a six-under-par 66 to take the clubhouse lead.

The 18-year-old was only competing in her second LET event, having finished T26 at last year’s Lacoste Ladies Open de France, but showed great steel.

She came into the tournament fresh off the back of winning the 91st Portuguese International Ladies’ Amateur Championship.

Later that afternoon, the young French star was joined by England’s Ellie Givens, who rolled in four birdies in her final five holes, at the top of the leaderboard.

Day two came around and Malchirand continued her impressive form producing a solid round consisting of two birdies and two bogeys before she made a birdie on the last to lead after 36 holes.

Another Englishwoman was hot on her heels as Gabriella Cowley also carded a 71 to give her second place outright and sit one shot adrift.

A grandstand finish was waiting for the final round with the lead chopping and changing throughout. Scotland’s Michele Thomson set the early clubhouse lead posting a 67 to leaver her five-under-par for the tournament.

But a short while later Finland’s Ursula Wikstrom became the new clubhouse leader when she eagled 18 which put her one shot ahead of Thomson.

The final group came down the stretch and it looked as though a playoff was like with Cowley making pars on her last six holes.

However, Malchirand kept believing and recovered from dropped shots on 13 and 15 to finish with back-to-back birdies and seal a one-shot victory over Wikstrom and Cowley.

Speaking after her win Malchirand said: “I’m still shaking from my last putt! It was an amazing day. I played up and down, I made bogeys and birdies and bogeys and birdies, so it was quite stressful, but it was really good.”